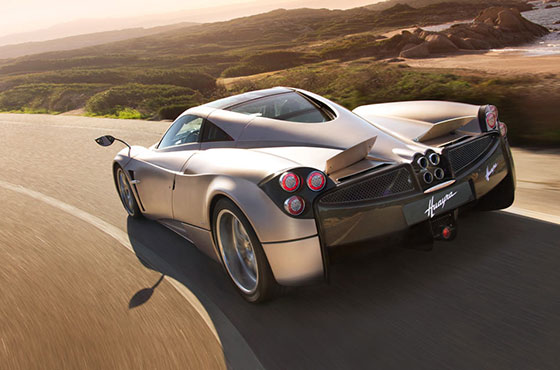 20 Percent of All Pagani Huayra’s in the UAE

Pagani Huayra is one of the sexiest cars in the world. It is so damn sexy that Dubai’s rich and famous have already about one-fifth of Pagani’s production line models. Luca Venturi, communication manager at Pagani Automobili, was quoted by Arabian Business saying, “We’ve sold all our cars, all 100 [Pagani Huayras], that’s why we’ve had to bring customer cars to exhibit here. I’d say there are about 15 to 20 in the UAE. Of course, most of the VIPs have a Pagani.”

It is one of the most sought out cars in the Gulf state. According to 7 Days in Dubai, a Pagani Zonda F was recently reported crashed in Downtown Dubai. Apparently, 25 of these beauties exist and one now needs to be fixed. Venturi reportedly said they plan to rebuild the crashed Pagani. “The chassis in terms of the tub is perfectly fine. So we will rebuild it. It’s not that difficult because the car is well engineered,” Venturi was quoted saying. The car itself costs $950,000 and one can only imagine how much it would cost to rebuild it.

The driver was safe and Venturi praised that the car is designed to withstand damage and keep the driver safe. He was quoted saying, “When I saw it [the Dubai crash], it hurt, especially because the very next week there was another crash in London,” Venturi said. “Thankfully nothing happened to the driver there either.” The car is made of carbon-titanium which doubles as a mesh that keeps all the parts in place during accidents. This gorgeous supercar can blow its competition away by going from 0 to 100 kph in 3.6 seconds!