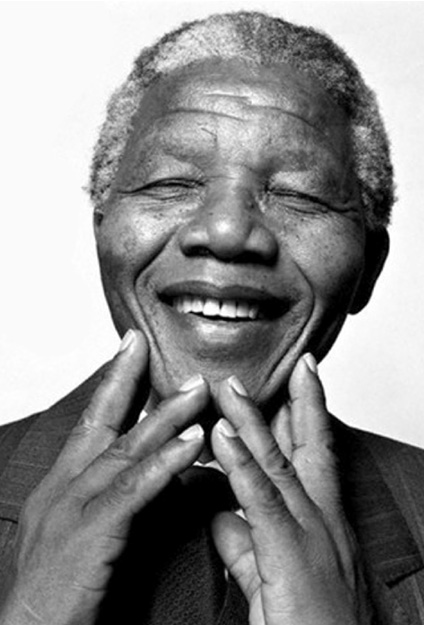 “When a man has done what he considers to be his duty to his people and his country, he can rest in peace.” – Nelson Mandela, Interview for Mandela, 1994

Former South African President Nelson Mandela, who served 27 years in prison for anti-apartheid activities and led the African continent into a new era, died last week of complications from a recurring lung infection.

In February 2012, after Mandela’s health began to deteriorate, he was hospitalized for a long-standing stomach ailment after which the global icon returned to the rural community where he was born.

Mandela’s death comes months after his 95th birthday on July 18, which his foundation, various charities and businesses celebrated with a nationwide day of service that included painting schools, handing out food and books, and running a 41-mile relay marathon in the spirit of Mandela’s 67 years of activism and public work.

“He is now resting. He is now at peace,” President Zuma was quoted as saying. “Our nation has lost its greatest son. Our people have lost a father.”

Zuma has ordered that all flags in the nation be flown at half-staff from Friday, till Mandela’s funeral on Sunday December 15th. The anti-apartheid leader and Nobel laureate was a beloved figure around the world, a symbol of reconciliation from a country with a brutal history of racism.

“What made Nelson Mandela great was precisely what made him human,” Zuma said in his national address. “We saw in him what we seek in ourselves.”

A lot of world leaders, politicians, players and celebrities have taken to Social Media to condole the passing of the iconic leader.

A statement from Buckingham Palace read “The Queen was deeply saddened to learn of the death of Nelson Mandela last night. He worked tirelessly for the good of his country, and his legacy is the peaceful South Africa we see today. Her Majesty remembers with great warmth her meetings with Mr. Mandela and sends her sincere condolences to his family and the people of South Africa at this very sad time.”

US President Barack Obama was also quick to offer his condolences saying, the day Mr. Mandela was released from prison had given him a sense of “what human beings can do when they’re guided by their hopes and not by their fears.”

“I cannot imagine my own life without the example that Nelson Mandela set,” he added. “As long as I live I will do what I can to learn from him.” President Obama also thanked the Mandela family for sharing “this extraordinary man” with the rest of the world.

Former US President Bill Clinton said, “Today the world has lost one of its most important leaders and one of its finest human beings. And Hillary, Chelsea and I have lost a true friend. History will remember Nelson Mandela as a champion for human dignity and freedom, for peace and reconciliation.”

Hollywood actress Charlize Theron, who was born in South Africa, also expressed her sadness and was quoted as saying “My thoughts and love go out to the Mandela family. Rest in Peace Madiba. You will be missed, but your impact on this world will live forever.” She also added, “There will never be words to say what I’m feeling right now. I am saddened to the depths of my soul, truly!”

It seems the passing of perhaps the greatest political leader of all-time also took the sports world by storm. Boxing legend Mohammad Ali said, “I am deeply saddened by the passing of Mr. Mandela. His was a life filled with purpose and hope; hope for himself, his country and the world. He inspired others to reach for what appeared to be impossible and moved them to break through the barriers that held them hostage mentally, physically, socially and economically. He made us realize, we are our brothers’ keeper and that our brothers come in all colors.”

Brazilian football legend Pele too, was quick to share his sadness saying “Mandela was one of the most influential people in my life. He was my hero, my friend.” While former England Captain David Beckham said “My heart goes out to the people in South Africa and Mr. Mandela’s family. We have lost a true gentleman and a courageous human being.”

Millions of people, in South Africa and around the world, are expected to come out onto the streets to pay their respects.

“Many South Africans, who loved Mr. Mandela like a father, said their grief was tinged with uncertainty over what their future holds without him,” English newspaper The Times reported.

Mandela will receive a state funeral – perhaps the biggest in history, with David Cameron, Barack Obama and every other living American President expected to attend.