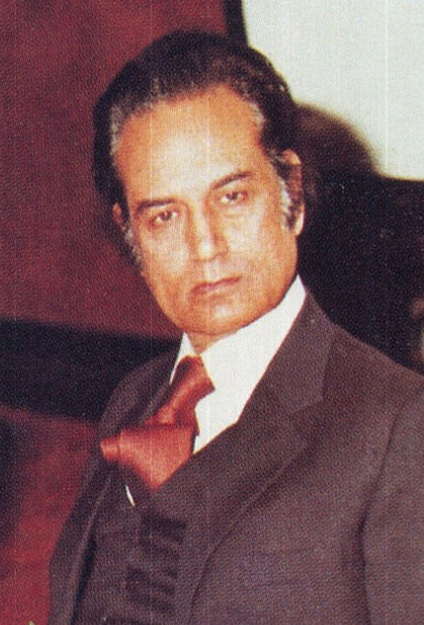 The World’s Most Successful Banker

Mr. Agha Hassan Abedi – Yes, he was a Pakistani! His name goes hand in hand with ‘Bank of Credit and Commerce International’ (BCCI) and ‘United Bank Limited’ (UBL). One of the finest entrepreneurs the country had to offer, he built the world’s seventh largest private bank from scratch.

Abedi started his banking career at Habib Bank, and was credited with being one of the best employees it ever had. However, a disagreement with the management of the tightly-controlled family bank led to his resignation, after which he founded United Bank Ltd (UBL) in 1959 in Chittagong, Bangladesh and went on to serve as its first president.

According to an ex-BCCI employee, Abedi proclaimed that he would open a branch of UBL in front of every Habib Bank branch. He had secured major industry accounts for Habib Bank, which followed him to UBL. Under his stewardship, UBL became the second largest bank in Pakistan. Mr Abedi introduced a host of professional innovations, including the concept of personalised service and banking support to trade and industry, paying particular attention to the bank’s overseas operations.

As threat of Bhutto’s Nationalization program loomed over Pakistan in the 70’s, Mr. Abedi’s intuition led him to UAE’s then recent oil boom, patronized by Sheikh Zayed, who was a simple yet shrewd man and was deeply fond of Abedi, often referring to him as ‘his son’. Abedi had a knack for securing investments and pleasing patrons, it was said that he would patiently wait for hours outside an office to secure approvals. If clients liked to hunt, he took them to hunt bustards and partridges in Pakistan, if a client was religious, he would take them to the mosque.

With the nationalization of UBL, the foresighted Abedi persuaded the Arabs to invest in a new bank – Bank of Credit and Commerce International in 1972. With startup capital of just $2million, BCCI commenced its operations from a two-roomed office in London, and rapidly expanded to over 72 countries throughout the world with over 16,000 employees… making it one of the largest private banks in the world.

Mr Abedi was personally responsible for inducting a large number of Pakistanis into the field of international banking and almost 80 per cent of the BCCI’s top executive positions at the head office and in branches in various countries were held by Pakistanis. His vision for investment took the BCCI to Africa, Asia, Europe and America. Amongst his friends was then US president Jimmy Carter, who, much to the alarm of American banks regarded Abedi and the BCCI as a friend and friendly entity rather than a foe.

Arabs trusted BCCI with their finances and reserves over the Western Banks, as most rulers felt The West exploited Arab wealth to finance Israeli military and economic development, according to The Independent. The shocking pace at which BCCI had established itself as a global leader earned it many powerful international enemies. Modeling after the World Bank, Abedi proposed a ‘third world bank’ to President Jimmy Carter, which would solely serve third world countries, offering them large loans against cash crops and export, thereby threatening the monopoly of The World Bank and other multinationals.

This resulted in a wide scale campaign against the BCCI, framing it for illegal activities such as funding terrorists and money laundering amongst other crimes. Abedi was maligned by the very corporations that were threatened by his expanding business. BCCI was framed as a vehicle free of Government control… even though such entities like the World Bank are independent of government control, this bank was accused of facilitating ‘illegal activity’.

Abedi was framed and became a wanted man internationally and the Pakistani Government gave him complete protection and refused to hand him over anywhere. He was one of the first few men to receive a heart transplant back in 1988, Mr Abedi severed his connection with BCCI in 1990 after suffering a heart attack. The bank was held up in controversy and allegations and was torn apart in 1992. He died of heart failure at Karachi’s Aga Khan Hospital in 1995.

Mr. Abedi founded Foundation for Advancement of Science and Technology (FAST) in 1980 with a donation of Rs. 100 million, to promote education in computer science, and he was also the brainchild behind GIK University. Mr Abedi also founded various other welfare organizations across the globe that are still bearing fruit even today. The modern infrastructure of banking in Pakistan today- comes solely from this man’s vision. Unfortunately most of the information available today portrays him as a corrupt banker – rather than the philanthropic and idealistic business man that he was.