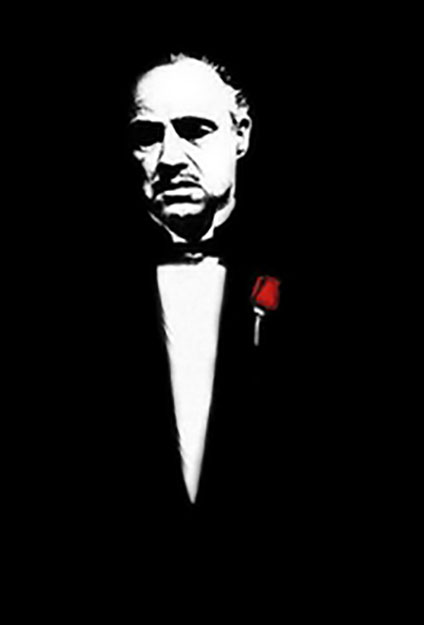 The Seven Best Gangster Films of All Time

The phrase ‘Good to be Bad’ could very well have a relation to gangster flicks. These films showcased gangsters, crime bosses and the mafia in the most entertaining way possible. Throughout the years, we have seen several classics since the 1970s. Some of the films are fondly remembered even today. As suggested by High Snobiety, we list the seven best gangster films of all time:

This film trilogy featured some of the biggest actors of our time. Marlon Brando, Al Pacino, and Robert DeNiro  were part of an all-star cast trilogy that has defined gangster films to date. Francis Ford Coppola turned Mario Puzo’s ‘The Godfather’ into a masterpiece and is widely regarded as essential viewing by movie critics and film fans. The legendary Marlon Brando will forever be immortalized as Don Vito Corleone.

No list of gangster flicks would ever be complete without Scarface. Al Pacino to his fans will forever be Tony Montana. The Brian De Palma film has lived on for over 30 years thanks to its delightful dialogs, action and drama. Pacino played Montana to perfection and the rise and fall of the gangster was cleverly portrayed on the film. This film has to be on your bucket list.

‘Goodfellas’ collects some of the most awesome actors of the 90s and puts them in an even awesome gangster flick. Robert DeNiro, Ray Liotta and Jose Pesci star in a Martin Scorsese film that gives us a look inside the New York gangster scene. The Big Apple is a home to ‘goodfellas’ and ‘wiseguys’ and with the acting talents at hand, ‘Goodfellas’ is one of the best crime flicks to own on DVD.

Just like no gangster film list could be complete without ‘The Godfather’ and ‘Scarface’, Quentin Tarantino’s cult classic ‘Pulp Fiction’ is no different. It resurrected the career of ‘Grease’ star John Travolta in the 90s and is Tarantino’s best known films. Along with Travolta, it features an ensemble cast including Samuel L. Jackson, Uma Thurman, Bruce Willis and Ving Rhames. We get to see one boxer, wife of a gangster, diner bandits and mob hitmen in a film that feels fresh on every repeat viewing.

Robert DeNiro reunited with ‘Goodfellas’ co-star Joe Pesci in the retelling of mobster Tony ‘The Ant’ Spilotro in another 90s classic ‘Casino’. DeNiro has an impressive CV and ‘Casino’ ranks amongst his best. Based in Las Vegas and directed by Martin Scorsese, DeNiro and Pesci truly light up the screen with their performances.

Johnny Depp is a versatile actor. He plays undercover FBI agent Donnie Brasco in the film of the same name and is paired across original gangsta Al Pacino. This is a pairing of an icon and a legend and the results of the Mike Newell cult classic are amazing. If you are a fan of Depp, then you must watch this tango with Pacino. It’s simply brilliant.

It is hard to believe that ‘The Departed’ is almost a decade film yet it feels like it released yesterday. Martin Scorsese directs an ensemble cast including Leonardo DiCaprio, Matt Damon, Jack Nicholson, Mark Wahlberg, Alec Baldwin and Martin Sheen. It is a remake of Hong Kong crime-thriller ‘Infernal Affairs’. It is a story of an undercover cop infiltrating the triads and a police officer who is actually a mole for the triads. DiCaprio and Damon shine on screen and as a result ‘The Departed’ is perhaps the best gangster flick of the past decade.