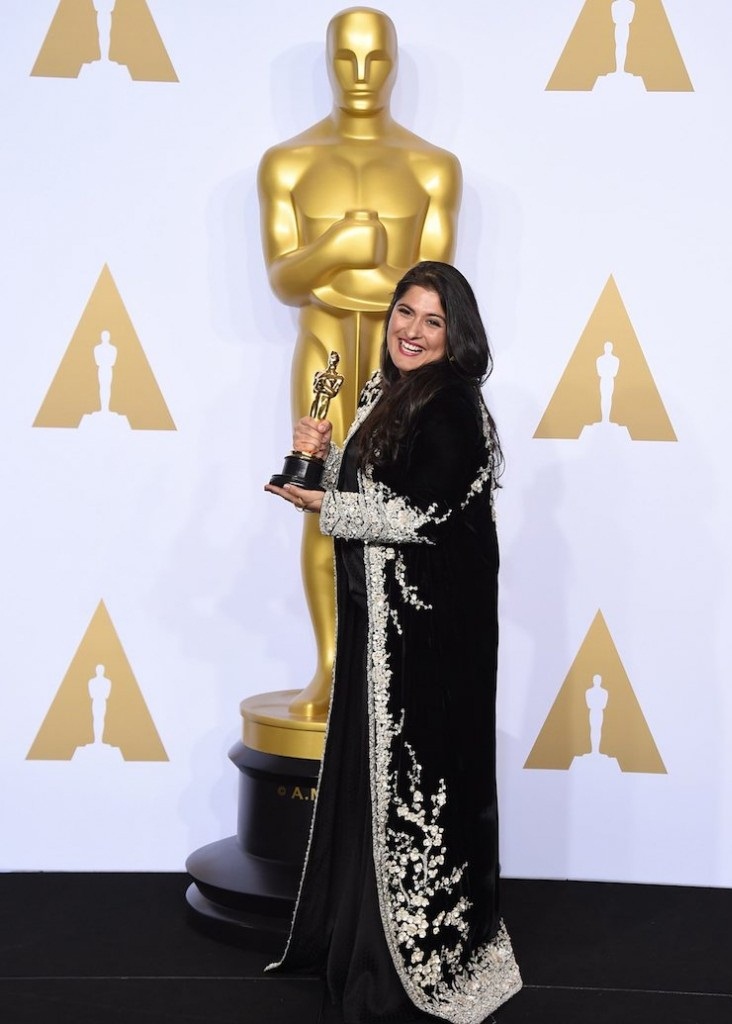 It’s Monday – and we’re smiling (the T20 disaster notwithstanding). Sharmeen Obaid-Chinoy has given Pakistanis a reason to hold their heads up high again, winning a second Oscar for her documentary ‘A Girl In The River: The Price Of Forgiveness’, a poignant plea against honour-killing.

Late last night at the Academy Awards ceremony, Obaid-Chinoy stood proudly on stage declaring, “This is what happens when determined women get together”, receiving resounding applause from the star-studded crowd.

The documentary short tells the story of an 18-year-old Pakistani girl who survives a brutal ‘honour killing’ attempt by her father and uncle. The plight of women in her native country is a subject dear to the director’s heart. Her first Oscar was for a film based on the struggle of survivors of acid-attacks, another bane of Pakistani society.

For the courageous women’s-right champion, the battle has just begun, but she now has a powerful ally in her corner. Pakistani Prime Minister Nawaz Sharif, after a private screening at his official residence, was reportedly so affected by her film that he promised Obaid-Chinoy to bring about legislation to protect women from such crimes. Amid hue and cry and controversy, the process has already been initiated in the Punjab Assembly.

For Sharmeen Obaid-Chinoy and all liberal Pakistanis, this is sweet victory indeed.