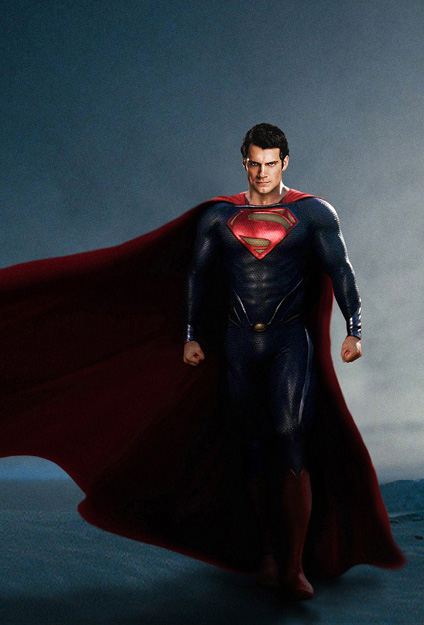 Superman is arguably the most loved superhero of all-time. From Jerry Seinfeld to Nicholas Cage, Jon Bon Jovi to Shaquille O’Neal, the Krypton-born guardian of Earth has always held a special place in our hearts. Since his first appearance in ‘Action Comics 1’ in the 1930s, the blue suit, the iconic ‘S’ logo, the gelled-back hair and everything else about Superman has led to him becoming a pop culture phenomenon.

Superman went from comic books to the big screen and despite his already considerable fan base; his transition to film made him an even bigger icon. In this article we look back at the players who have had the enormous privilege of donning the blue suit: from first choice Christopher Reeve to versatile British talent Henry Cavill.

The most-loved portrayal of Superman has been that by late actor Christopher Reeve in four major live action adaptations. Mario Puzo, author of ‘The Godfather’, wrote the screenplay that was brought to life by acclaimed director Richard Donner. The film ‘Superman: the Movie’, which released in 1978 showcased a then relatively unknown actor Christopher Reeve as the protagonist.

Reeve’s performance in the first ‘Superman’ set the standard for Superman’s portrayal in live action films to follow. He went on to star in three sequels. ‘Superman II’ was also a major box office success. The two sequels that followed, ‘Superman III’ and ‘Superman IV: The Quest for Peace’ received mixed reviews, but the standout performance in all four films was that of Reeve.

Reeve was excellent as both Superman and his alter ego ‘Clark Kent’. His versatile performance allowed for him to play Kent as a mild-mannered reporter, as well as the heroic man in blue.

Reeve had to stand up to the task of holding his own against much more experienced actors including ‘The Godfather’ himself Marlon Brando and Gene Hackman, who played Superman’s father Jor-El and arch nemesis Lex Luthor respectively. For any young actor to be put in the midst of such industry veterans would be overwhelming, but Reeve was able to pull it off.

Superman became second nature to Reeve, as fans would associate and typecast him in that role for the rest of his career. He appealed to both young children and mature fans. Such was his legacy that later television series ‘Smallville’ even featured him in a minor role.

Not only that, the film ‘Superman Returns’ also paid tribute to Reeve’s performance as Superman, especially when casting Brandon Routh to take over the reins. Routh looked very much like a younger Reeve and even tried to emulate his acting, since ‘Returns’ was retrofitted in the original Superman film franchise.

Since 1987’s ‘Quest for Peace’, attempts to make a new Superman film have backfired. There were many famous names attached to Superman projects that got scrapped. Batman director Tim Burton was attached to ‘Superman Lives’ with actor Nicholas Cage to play the lead. The film went through development hell with many re-writes and director changes but never actually made it to production.

It would take almost two decades for a new Superman film to release. Famed director of the first two X-Men films, Bryan Singer, was brought in to direct ‘Superman Returns’. His job was to find the next Superman. Singer reportedly was a huge fan of the first two Superman films and wanted the new film to be a direct sequel to ‘Superman II’.

In order to retrofit ‘Superman Returns’ to the original franchise, Singer consulted Richard Donner. He wanted to cast a young relatively unknown actor that best resembled Reeve as both Clark Kent and Superman. After several auditions Brandon Routh was selected for the iconic role.

Like Reeve before him, Routh was a relatively unknown actor. He had the height and build, and was able to mimic his portrayal with relative ease. Routh also had to contend with big name stars such as Kevin Spacey who took over Gene Hackman role as Lex Luthor.

The film received mixed reviews and proved to be a decent success at the Box Office. Routh’s performance as Superman and Clark Kent was a highlight, but the overall slow pace of the story, the mediocre plot and lack of stellar action sequences made the subject matter rather dry.

The sequel was scrapped in favor of a reboot with a new Superman taking over the reins from Brandon Routh. That man was Henry Cavill.

Warner Bros. was not satisfied with the box office performance of ‘Superman Returns’, expecting the film to have performed a lot better. In this era of film reboots, why should Superman be left behind? Based on the success of Christopher Nolan’s ‘Batman’ franchise, Warner Bros. made the decision to reboot the Superman franchise.

A new franchise meant bringing in new faces such as director Zack Snyder with proven Box Office successes like ‘300’. British actor Henry Cavill was selected for the lead. The film also brought in the Nolan brothers, Christopher and Jonathan, as producers.

The major criticism of ‘Superman Returns’ was the lack of high-octane action sequences. For the reboot titled ‘Man of Steel’, Snyder pulled out all the stops. The film had plenty of action scenes, explosions and destruction. Since the film was a complete reboot, the origin story of Superman was retold.

Cavill played a different kind of Superman and a much more serious and not so mild-mannered Clark Kent.

In fact, he had not even started working at the Daily Planet. Due to the action-oriented nature of the film, Cavill’s height and build and somewhat slight resemblance to the older Superman actors, made him stand out. He was the star of the movie and made it his own alongside seasoned actors like Russell Crowe and Kevin Costner.

Cavill was given a new re-designed Superman suit without the trademark red underwear that previously featured in all screen adaptations. The suit was also darker in color to suit the mood of the serious action packed origin tale.

Of all the three Superman live action performances, Christopher Reeve is the undisputed champion of the Supermen. His performance as Superman has been immortalized in film history. Reeve’s legacy is Superman (even though Routh and Cavill performed admirably in their respective performances).

Cavill again has huge shoes to fill. He is already set to reprise his role in the sequel ‘Batman vs. Superman’ with Ben Affleck now signed-on to play the Dark Knight. Whether or not he’ll seize this second opportunity to outshine Reeve’s performance remains to be seen. For now however, it doesn’t seem to be the case…