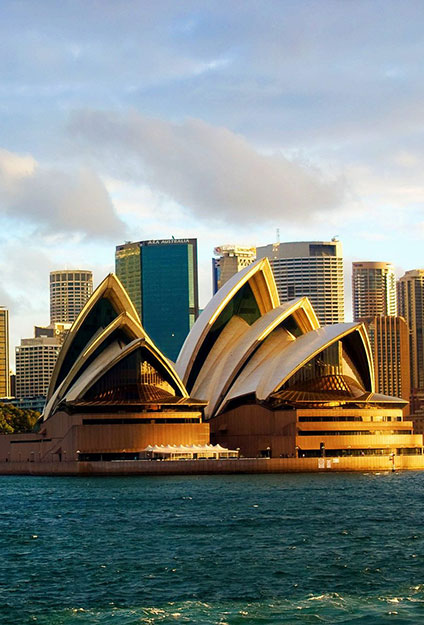 You can always find beauty in nature, but that’s not to suggest urban metropolises can’t be pretty too! Looking at some of the World’s biggest cities boasting some of the most awesomely-striking skylines, you learn to appreciate the beauty in the way it all comes together.

If you find yourself a resident of any of the below-listed cities ranked by Thrillist, consider yourself lucky for you live in modern-day masterpieces of urban development.

Canada’s Toronto has a skyline that rivals most US cities. There is a bit of everything there from the CN tower to mega skyscrapers and even a sports dome. Toronto is the biggest of all Canadian cities and is home to the Rogers Center Arena which features the first retractable-roof stadium in North American.

No list could be complete without mentioning this desert town-turned-metropolis. Dubai has it all from the tallest building world the Burj Khalifa to the world’s only seven-star hotel. The Oasis in the desert also boasts one of the highest tourism trades in the Middle East.

Chicago is home to the building that was known once the tallest in the world. Yes, we are talking about none other than Willis Tower (formerly and better known as the Sears Tower). Standing strong at 108-stories high the mega skyscraper continues to define the impressive Chicago skyline.

In addition to being home to tech giants Microsoft and Amazon, Seattle is also home to one of the West Coast’s most impressive skylines. Set in the backdrop of Mount Rainier the city is also the dwelling place of the famous Space Needle.

Singapore was one of Asia’s first modern cities. One wonders how such a small city can offer so much in terms of a diverse skyline — It even rivals Dubai for urban greatness. Singapore boasts an illuminated ferris wheel and the $5.7 billion Marina Sands building — the costliest tower in the world!

Like Singapore, Malaysia’s Kuala Lumpur is a city of wonders. Its home to the Petronas Twin Towers – A place often immortalized on the silver screen thanks to Hollywood hits like ‘Entrapment’ and ‘Fair Game’.

How could we not have Shanghai on this list? This Chinese wonderland is bewilderingly futuristic. Home to 24 million people the city was originally a small fishing village with little hope of advancing past its swampy origins.

Japan is home to electronics giant Sony and the birthplace of gaming juggernauts Nintendo and Sega. The capital city of Tokyo is symbolic of Japan’s rapid growth and success in the 20th century – The city even has a Disneyland! But perhaps even more amazing is Mount Fuji which serves as a backdrop to the city’s ever-rising skyline.

Martial arts superstar Jackie Chan once said, “If you’re too free, you’re like the way Hong Kong is now. It’s very chaotic.” And if the city’s skyline is anything to go by, we get exactly what Chan’s talking about… One of the most populated cities in the world if you’re ever lucky enough to find yourself in the former British colony, make sure to visit the International Commerce Center – the tallest tower in Hong Kong.

There is a reason why Sydney’s skyline ranks number 1. While its mostly Asian cities that dominate the list, there is no competing with the Land Down Unda. The city is home to the Sydney Opera House situated on the uber picturesque Sydney Harbor. The city is still referred to as ‘Sin City’ for its ‘convict’ past.