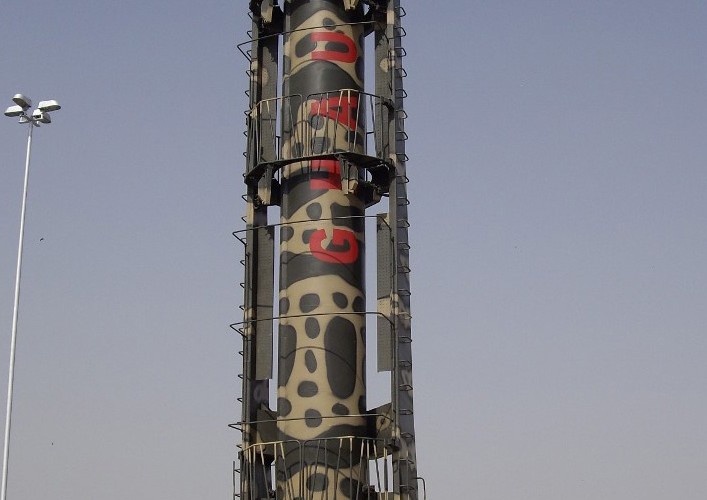 Pakistan’s Nuclear Arsenal to Become Third Largest in the World

According to reports released by two American think tanks, the Carnegie Endowment for International Peace and the Stimson Centre, Pakistan is focusing on rapidly enhancing its nuclear arsenal. The pace at which the country is developing nuclear warheads, about 20 every year, could, within a decade, make it the possessor of 350 warheads, the world’s third largest nuclear arsenal, next to the U.S and Russia, beating France (300), China (250) and the U.K (215).

For the Western World, which has been watching arch-rivals, India and Pakistan, with bated breath since 1998, when both countries declared themselves nuclear powers, these reports are alarming. With three major wars behind the hostile neighbours, it is feared that a nuclear clash could wreak havoc in the region; it is widely agreed that the incentive for developing these warheads is a potential face-off between the two countries.

Though India has adopted a no-ﬁrst-strike policy on nuclear weapons, Pakistani leadership has declined to follow suit. At present, Pakistan’s production of nuclear warheads far outpaces that of India; it possesses 120 in contrast to India’s 100.

Presumably, Pakistan has a huge stockpile of enriched uranium, which can be used to create low-yield nuclear devices. In comparison, India possesses larger stockpiles of plutonium, a component in high-yield warheads. However, in recent years, India has diverted the use of plutonium to produce domestic energy. The reports thus place the onus of responsibility on Pakistan, more so because of the internal conﬂicts within the country, in the backdrop of which many eye the volatile nation with apprehension.

Though Pakistan’s military has offered no comment, defence analysts have criticised the reports as veering towards exaggeration and pro-India bias. Nuclear experts, like Mansoor Ahmed at the Quaid-e-Azam University in Islamabad, argue that the reports are based on the ﬂawed assumption that Pakistan is utilising all its existing stockpiles of ﬁssile material to produce nuclear weapons. Not concurring with this, he says the military is no doubt interested in expanding its nuclear arsenal, but at best, the country may develop 40-50 new warheads in the next several years.

Whatever the truth may be, it is no doubt an ugly one, given the ever-looming spectre of armed conﬂict between warring neighbours, the outcome of which can never be happy for anyone.