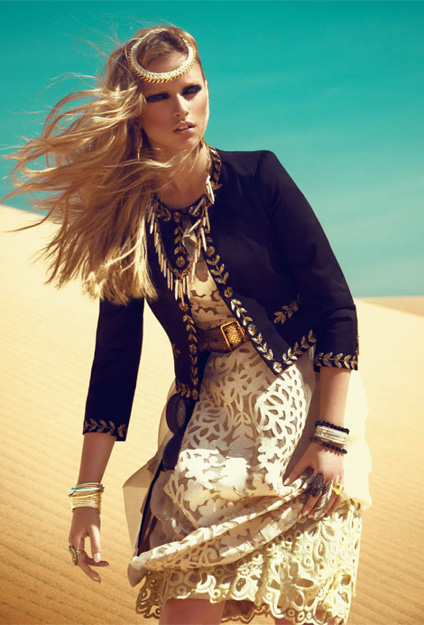 Kevin Sinclair progresses from shadowing photographers, to having them stand in his

In an interview with a renowned photography blog superstar photographer Kevin Sinclair discusses his rapid rise to fame, and how it is he has come to be one of the most sought-after talents in the fashion industry today.

Inspired by his father, an artist, and his great uncle, race car driver Tazio Nuvolari, Sinclair has had a passion for photography ever since childhood. Though predominantly based in New York, the nature of his job drags the creative talent to exotic locations all over the world from Paris and London, to Milan and Amsterdam. His work has been featured numerous times in style Bibles: Vogue, Harper’s Bazaar, Elle, L’Officiel, Grazia and Marie Claire (to name a few) and he is the resident photographer at Vestal, a fashion, art and photography magazine aimed at uniting creative talents from across the globe.

When shooting campaigns for commercial clients, Sinclair focuses on discovering and highlighting each individual brand’s cutting edge quality. He has a knack for lighting which is reflected in his unique style, and allows for him to experiment with shadows and other corresponding elements when it comes to his pieces. He often shoots from unusual points of view (PoV) and has his models strike bizarre poses; both practices fusing together well to add certain surrealistic elements to his body of work.

To doting fans and photo enthusiasts, Sinclair reveals that he prefers Speedotron lighting and Canon cameras, but also admits to still using his father’s 46-year-old vintage Rolleiflex as some things he says, never go out of style!