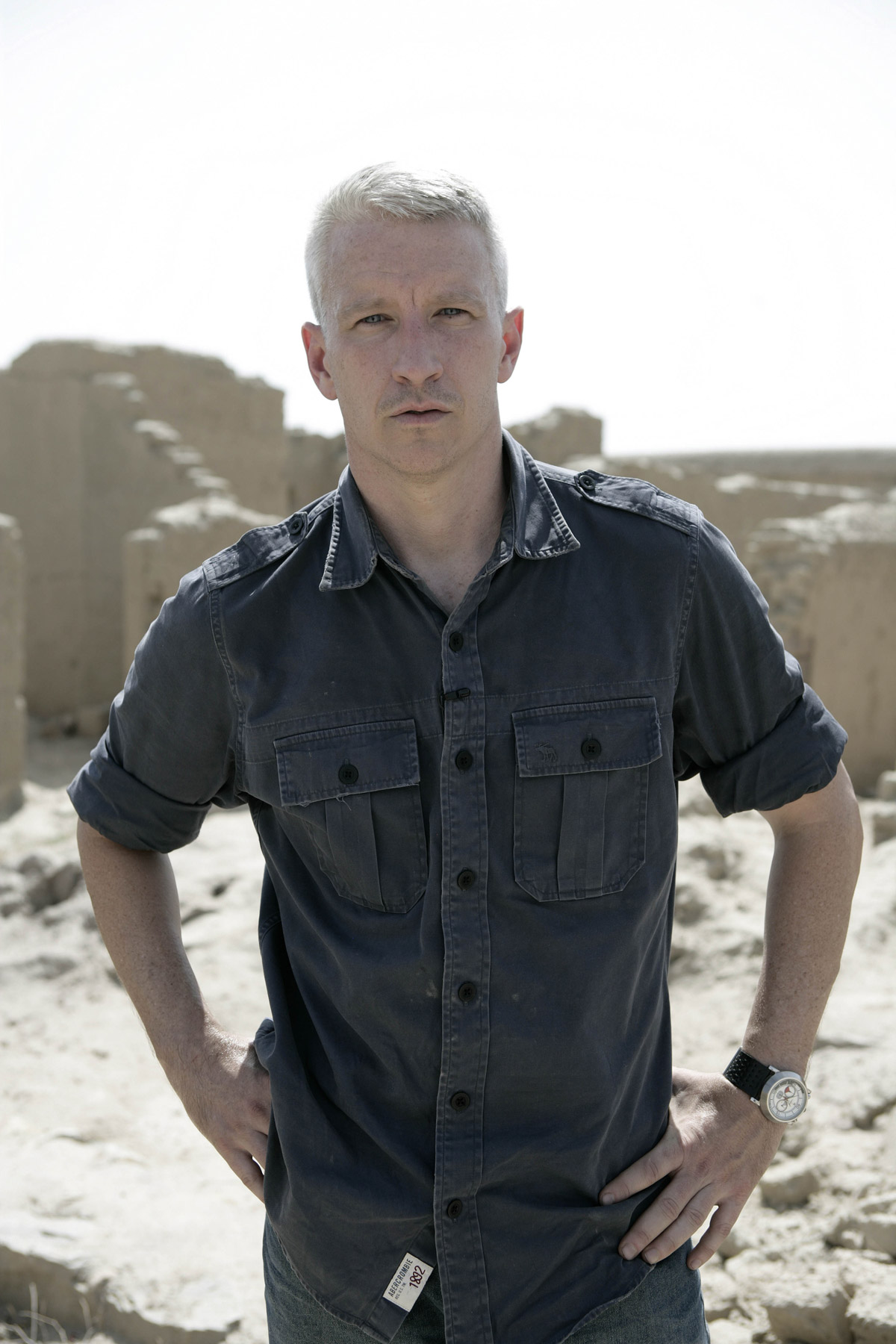 For regular viewers of CNN, Anderson Cooper is perhaps the coolest news presenter ever (possibly something to do with the silver hair and ice-blue eyes). Ranked among the most popular news personalities in the world, Cooper will be featuring, along with his mother, in an HBO documentary ‘Nothing Left Unsaid’, releasing this April.

1. He’s Gloria Vanderbilt’s Son. Cooper’s mother is heiress, actress, model, artist, writer and fashion designer Gloria Vanderbilt, worth an estimated $200 million. You’ll find it interesting to know, though, that Anderson Cooper has made an agreement with his mother that he will not inherit a dime from the family fortune. According to him, the promise of inheritance would steal his motivation to work. Having already earned more than $100 million, he’s capable of standing on his own feet.

2. He’s a Prominent Gay Rights Activist. Meaning, also yes, he’s gay – and vocal about it, claiming he’s “very comfortable with myself – and proud.” In 2012, citing too many violent and discriminating incidents against LGBT people, Cooper made the decision to come out publicly. He now regularly attends events with his partner Benjamin Maisani.

3. He Struggled with Dyslexia. At an early age Cooper was diagnosed with the reading disorder that makes letters and words appear out of order to sufferers. He has since overcome the disability, due to ‘early detection and ample resources’. He now speaks at events to create awareness about the handicap.

4. He Once Worked for the CIA. While studying at Yale, Cooper spent two summers interning for the American spymasters, but chose not to pursue a career with the agency (in spite of having the killer looks to rival Bond).

5. He’s Been A Model. Small wonder – literally. Cooper’s modelling career began as a baby, when he appeared in Harper’s Bazaar. From age 10-13, he was appearing in ads for Ford Models. Truth be told, he could still pick on it as an alternative career.