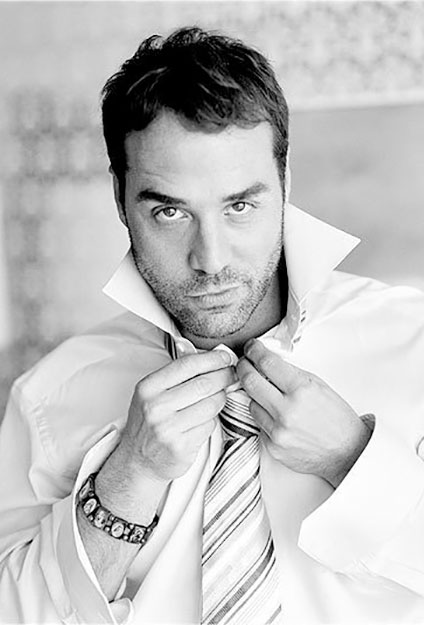 Batman is known to have a huge rogue’s gallery of villains. From the Joker to Penguin, the Dark Knight usually has his hands full. Several of the bat-villains have been featured in films since Tim Burton’s ‘Batman’ in 1989. Jack Nicholson played arguably the best Joker until Heath Ledger’s appearance in ‘The Dark Knight’ (who was equally good if not better). Catwoman has been portrayed twice, first in ‘Batman Returns’ by Michelle Pfieffer and later in ‘The Dark Knight Rises’ by Anne Hathaway. Following are ten actors that would also make exciting Batman villains:

Joker is perhaps the best-known arch villain of the Caped Crusader. The Clown Prince of Crime has been portrayed by three previous actors including Heath Ledger, Jack Nicholson and Cesar Romero. Jared Leto is set to be the next Joker in the upcoming ‘Suicide Squad’ film. Which other actor should best suit the role? Had Robin Williams been alive, he would have been an exciting old version of Joker, but for a young version of the character we pick Gabriel Garcia Bernal. The Mexican actor has the face cut that makes him ideal for the role. His facial expressions when covered in the clown makeup would make him look deadly.

Javier Bardem played a deadly villain in James Bond’s ‘Skyfall’. For the character of Two Face/ Harvey Dent, he possesses the flair to play a fair District Attorney who loses his mind after half of his face is burned in acid. Both previous incarnations of the character, Aaron Eckhart in ‘The Dark Knight’ and Tommy Lee Jones in ‘Batman Forever’ worked for their respective films. Bardem has an impressive CV that includes performances in award-winning ‘No Country for Old Men’, ‘Before Night Falls’ and ‘Biutiful’. He has the knack to play a straight-faced role as well as a maniacal villain which is the requirement for the Two Face role.

Andy Samberg has starred in ‘Hot Rod’, ‘I Love You, Man’, ‘That’s My Boy’, ‘Celeste and Jesse Forever’, and the animated ‘Hotel Transylvania’. He also has performed on ‘Saturday Night Live’ and is a regular in the hit sitcom ‘Brooklyin Nine-Nine’ where he plays a detective with childish demeanor. He clearly possesses the traits for an intelligent baddie with a sense of humor that is required to play ‘The Riddler’. The Riddler is basically a scientist by the name of Edward Nygma who turns into a witty and smart villain who tries to outsmart Batman with his riddles. Jim Carrey played a hysterical yet evil Riddler in ‘Batman Forever’ who wanted to get back at Bruce Wayne who turned down one of his projects. Like Carrey, Samberg could really pull off the part because of his experience in comedy.

Most of us know Jeremy Piven as Ari Gold from the hit television series ‘Entourage’. However, he has been acting since the 80s and has quite an impressive CV in both television and cinema with appearances on ‘Seinfeld’, ‘Grosse Pointe Blank’, ‘Heat’ and ‘The Kingdom’. The only incarnation on screen of Mr. Freeze was by Arnold Schwarzenegger in ‘Batman and Robin’. Piven would make a better Mr. Freeze because of his diverse range in both action, comedy and drama films.

The character of ‘Bane’ has made two appearances in the Batman films. The first was in ‘Batman and Robin’ by former wrestler Robert ‘Jeep’ Swenson and later Tom Hardy in ‘The Dark Knight Rises’. Hardy’s performance was better of the two but it was hard to understand his accent especially with his mouth covered at all times. If we wanted to cast the next Bane, we would do Dave Bautista. The former WWE champion played a convincing Drax the Destroyer in ‘Guardians of the Galaxy’. He would be perfect for Bane, because of his experience as a wrestler. He can really pull of a mean face and would be comfortable in a role that requires physicality. If we wanted one man to break the Bat’s back, then we would go for the man formerly known as Batista!

After his excellent performances in films like ‘The Wolf of Wall Street’, ‘Superbad’, ‘Knocked Up’, ‘Funny People’ and ‘22 Jump Street’, his short height and stout size is perfect for the Penguin. Perhaps the best performance based on this character was by Danny DeVito in ‘Batman Returns’.  Hill can provide the right doze of wit and meanness the character needs plus he fits the role physically.

Frieda Pinto was first seen in ‘Slumdog Millionaire’. For a cat-burgular whose morals are conflicted, she would make the next best Selina Kyle aka Catwoman after Michelle Pfieffer, Halle Berry and Anne Hathaway. She is certainly seductive and would look sexy in the costume. She will certainly give Batman a run for his money.

Sara Hyland is a young actress who has gained reputation from her role in the sitcom ‘Modern Family’. Harley Quinn has not yet been portrayed in a live-action film, but for someone to be Joker’s sidekick, we can’t find anyone better than Hyland. She has that innocence and can even be a bad-ass when she wants to. She is the ying to Joker’s yang!