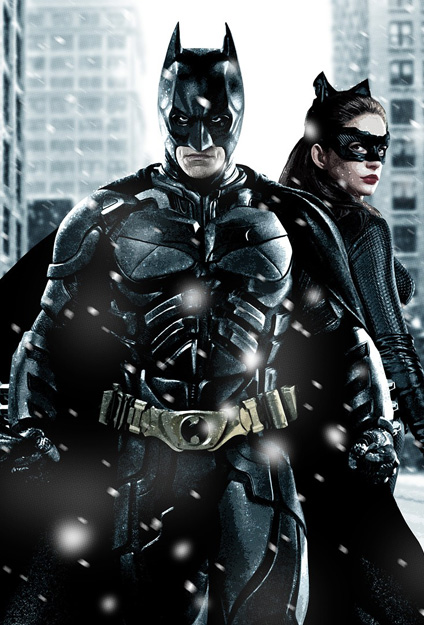 Dark Knights: the never-ending debate of Keaton vs. Bale

Most young Batman fans only know of the trilogy directed by Christopher Nolan and starring Christian Bale as the caped crusader. However, before Heath Ledger terrorized viewers worldwide with his performance as the Joker, Michael Keaton wore the cape and cowl in the late 80s and early 90s to take on bad guys such as Jack Nicholson’s Joker and Danny DeVito’s Penguin in two original movies directed eccentric director Tim Burton.

The biggest debate between die-hard Batman fans is the performance of both leading men — Keaton and Bale — as Batman in their respective roles. We will attempt to settle the debate by looking back at the performances of both actors.

Before 1989’s ‘Batman’ the only celluloid version of Batman was the performance of Adam West in the 1960s television series. The series was a campy almost parody of Batman mythology in which bad guys and good guys were made to look like live-action cartoons instead of serious interpretations of the characters they represent. Along came Richard Donner’s ‘Superman’ in 1978 starring Christopher Reeve. The film set the standard for comic book films and gave Superman fans a serious take on an iconic and beloved character.

Executive Producer Michael Uslan then came along and was able to convince Warner Bros to get then-upcoming director Tim Burton to direct a serious and dark interpretation of Batman. Michael Keaton was cast in the title role to much controversy, as he was known mainly for his roles in comedies. But this gamble turned out to be a huge success. Dreams of Batman fans worldwide came true as they finally got their serious and dark Batman. The film titled just ‘Batman’ became a blockbuster hit for Warner Bros in 1989 eventually spawning a sequel three years later.

Bat-mania was everywhere. Burton’s adaptation re-defined the comic book film genre and Batman merchandise was selling like hot cakes. Most of the success was owed to the direction of Tim Burton as well as an excellent performance by Michael Keaton as the caped crusader. He was also paired opposite the iconic Jack Nicholson whose performance as the Joker set the bar for villainous characters everywhere.

Keaton played a dark and brooding Batman in a slick black suit. He drove a sleek and sexy Batmobile which was reportedly based on a Lamborghini. Out of the cape and cowl, he played an unsettled Bruce Wayne – still scarred by the death of his parents but still pretending to be the billionaire playboy he was known to be.

What worked for Keaton was that he never appeared heroic as Bruce Wayne. One can look at his eyes and see the horror of his parents’ death still affecting him. But when he donned the Batsuit he transformed into an avenger of the night.

Burton’s Batman films have been criticized for a lack of character development. However a closer look at Keaton’s performance in both films showed otherwise. Keaton worked very well with Burton and bowed out of playing Batman for a third time when Tim Burton left the franchise. Keaton’s unrivalled performance set the benchmark until Christian Bale’s interpretation of the Batman character in the 2005 blockbuster hit ‘Batman Begins’.

Between the Burton-directed Batman films and Christopher Nolan’s reboot of the Batman franchise in 2005, there were two sequels directed by Joel Schumacher. ‘Batman Forever’ and ‘Batman and Robin’ saw Val Kilmer and George Clooney play the caped crusader respectively.Though ‘Batman Forever’ was a huge financial success it received mixed reviews.

Val Kilmer was even declared by Batman creator Bob Kane as his favorite Batman. Clooney took the cape and cowl from Kilmer for the sequel ‘Batman and Robin’. Considered the worst Batman film of all time, ‘Batman and Robin’ saw the Governator Arnold Schwarzenegger play the primary antagonist alongside Uma Thurman as Poison Ivy. Besides a few redeeming performances from Michael Gough as Alfred, the movie was mostly hated by Batman fans due to its similarities to the campy 1960s Batman series.

The Batman franchise was mostly-considered dead until 2005 when director Christopher Nolan launched a reboot taking the franchise back to its dark and serious roots. This time Nolan chose young Welsh actor Christian Bale to play the titular character. Bale had gained notoriety through his memorable performances in ‘American Psycho’ and ‘The Machinist’.

Nolan’s take on the franchise was a modern interpretation on a character that has been around for 75 years. For the first time, fans were shown the origins of Batman and told the story of how he came to be. This was a novel approach compared to previous films which only made reference to his origins through the use of flashbacks.

Also, it correctly refers to the killer of Bruce Wayne’s parents as Joe Chill. Burton’s films saw the Joker play the killer in an attempt to create a connection between himself and Batman, making their rivalry a personal one.

Bale’s performance in ‘Batman Begins’ was nothing short of exemplary. He played the role to perfection and fans enjoyed his transformation from billionaire playboy to Batman and the journey he took in realizing what he wanted to be and what he needed to do.

‘Batman Begins’ was a comeback for Warner Bros and Nolan came back for two sequels featuring mostly the same cast. ‘The Dark Knight’ was a massive blockbuster hit due to Heath Ledger’s terrific performance as the Joker. Ledger’s sadistic and maniacal portrayal re-defined the Joker on the big screen. Like Burton’s Joker, he too picked fights with the mob and while Nicholson’s Joker has his own place in history, some say Ledger’s iconic interpretation overshadowed Bale’s performance as Batman.

So who is the definitive Batman?

Fans of both will tell you theirs is the best and definitive version. To be fair, Bale’s performance may have been overshadowed by his co-stars in the two sequels, but he managed to hold his own in the first film which also allotted him more screen time. Keaton on the other hand, maintained his caliber throughout both films despite also having to share screen time with multiple villains. Many would say that Nicholson’s Joker overshadowed Keaton, but director Burton was clever enough to create a connection between both characters. This decision was also well received by creator Bob Kane.

Keaton’s voice alone inspired the Batman voice in the successful animated series and Val Kilmer’s performance in ‘Batman Forever’. Bale chose a similar voice for ‘Batman Begins’, which goes to show the impact of Keaton’s performance. Keaton and Burton re-defined Batman for a new generation and gave us the serious and dark caped crusader we had all been waiting for which, be it by default makes Keaton the un-official winner of this debate. Just like Christopher Reeve as Superman cannot be topped, Keaton has to be credited for setting the benchmark, for the Dark Knight.