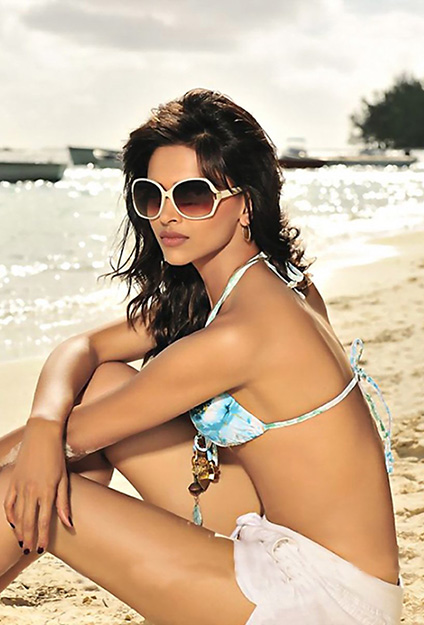 The year 2014 has been simply brilliant in Bollywood’s terms. As the end of the year draws near, lets take a look at how our beloved Bollywood celebrities plan on ringing in the New Year, here are some of the favourites:

Priyanka Chopra transformed into a tough boxer for ‘Mary Kom’ and at the same time, also shot for her glamorous role in Zoya Akhtar’s ‘Dil Dhadakne Do’ which releases in 2015. As the year draws to a close, ‘Piggy Chops’ deserves a much needed vacation. She will be ushering in the New Year in Goa with along with her friends and family. Priyanka, who recently signed a deal with an American studio, is said to be hosting an exclusive shindig at the Chopra’s Goa residence.

Katrina Kaif and Ranbir Kapoor are rumoured to be spending the winter break in London, with Katrina’s family. Kat, who has already been spotted at London’s Heathrow Airport, makes it a point to visit her family regularly, especially during Christmas season. This year, she will most likely be joined by her beau Ranbir, who will have the opportunity to spend some quality time with the Kaifs. The couple recently threw a party for their B-town buddies at their freshly purchased love-pad in Mumbai.

Deepika Padukone has taken a break from all her work commitments to ring-in Christmas and New Years in style! The ‘Happy New Year’ star, along with her near and deal loved-ones, will be holidaying in The Maldives for the next two weeks. Seems like the tropical islands are the dimpled beauties destination of choice, as she was there last December too. She is staying at the Cheval Blanc Randheli, an exotic five-star resort in Noonu Atoll which opened in November 2013. It remains to be seen whether Ranveer Singh will be joining her there.

Shah Rukh Khan plans on spending the New Year with his family in Dubai. It has been a busy year for Bollywood’s ‘Badshah’, who owns a mansion in the posh Palm Jumeirah area. He is said to be flying to out on December 24 from Mumbai along with his wife Gauri, daughter Suhana, and baby-boy AbRam. His elder son Aryan, who is currently studying in London and partying it up with Amitabh Bachchan’s grand daughter, will join the Khan family directly in Dubai. There are also unconfirmed reports that SRK will host a grand party for his close friends in the UAE.

Shraddha Kapoor, who is currently busy working for her upcoming film ‘Any Body Can Dance 2’, will have a mixed New Year celebration. Shraddha, along with the team of ‘ABCD2’, are currently shooting in Las Vegas, and will remain there for the turn of the year. The actress who doesn’t believe in keeping a New Year’s resolutions said, “I am going to have lots of fun there. Very few people get the opportunity to spend New Year in Vegas and I am one lucky person. Remo sir has told us that we are going to stay back after the shoot and celebrate New Year there.”