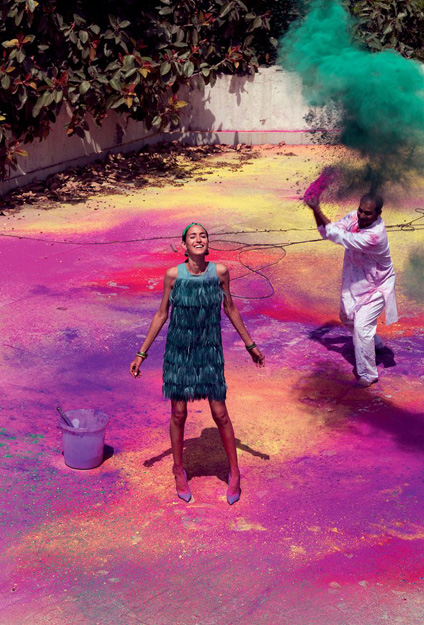 Sitting at the round-table amongst the world’s most acclaimed documentary photographers is Indian talent Bharat Sikka. The contemporary photographer has spent most of his life capturing life in one of the most visually expressive regions of the world – South East Asia.

After earning a BFA in photography from the prestigious Parsons School of Design in New York City, the versatile talent quickly established a fine art approach to the field of photography capturing what he refers to as ‘contemporary visions of India.’

His work has been exhibited throughout the world including at the Recontres d’Arles photography festival and the Helsinki Art Museum. Sikka is also a regular contributor to world-renowned publications including The New Yorker, I.D, Vogue, Details and Time magazine, where some of his pictures were featured amongst the best photographs of 2005.

With a fine eye and diverse portfolio comprising of fashion, fine art and documentary photography, Sikka has quickly proven that’s he’s a force to be reckoned with – not just in India, but on the global stage!