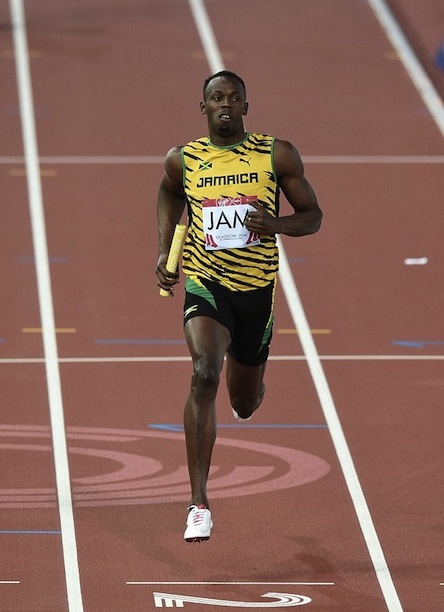 Since he made his debut at the Beijing Olympics in 2008, sprinter Usain Bolt has spent a little less than a total of five and a half minutes on the track in his appearances at the Games, but every second has been worth its weight in gold getting this amazing athlete nine medals for first rank every time.

Three races – the 100m, the 200m, and the 4 x 100 relay, three Olympics, and he’s bagged all three golds all three times becoming the first runner in history to get the ‘triple-triple’ that every sprinter dreams of.

Though he knelt down at the end of the last event, the 4 x 100 relay , and after kissing the ground, slapped the painted 3 on the finish line, Usain Bolt is undoubtedly No. 1 in the eyes of millions of fans across the world who will forever remember him as the fastest man alive.

Rio was the Jamaican sprinter’s final Olympics and it has given everyone, including him, memories to cherish for a lifetime. Overcoming a hamstring injury earlier in the summer, Bolt has shown the world what champions are made of. As former record holder Asafa Powell put it simply, “he’s a legend.”