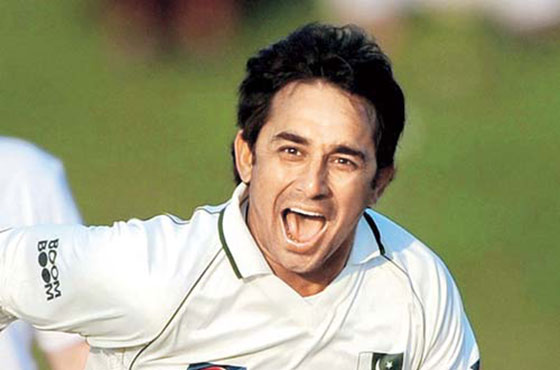 The ICC Cricket World Cup is right around the corner, and the opening match can’t get any better than Pakistan vs. India. Is Team Green ready to take on the world yet again? Apparently, off-spinner Saeed Ajmal may miss out on cricket’s biggest tournament. According to ESPN Cricinfo, captain Misbah-ul-Haq has not ruled out Ajmal entirely but the spinner would have to wait to make an appearance for the side.

Ajmal has been allowed to play competitive cricket after being cleared by the ICC for his revised bowling action but can only feature in a match as a substitute for injured players. Fortunately for the 37-year-old, he may just get a chance to make an appearance in what would be his last World Cup. Skipper Misbah has reportedly stated that there are fitness issues within the squad.

Muhammad Hafeez is sitting out due to suspension and because of a foot problem he can’t be tested. Junaid Khan was recently replaced due to a thigh injury by Rahat Ali. Ajmal could very well get his much needed chance, but due to being out of competitive cricket for some time, he may not be completely in form.

The Guardian quoted Misbah saying, “There’s a lot of ifs and buts because he hasn’t played any cricket yet. Let’s see how it goes in the next week. He’s been bowling a lot of deliveries every day. What is the problem is that he’s not playing any competitive cricket – that’s the major issue for him and the team management. We haven’t sat together; let’s see what he has to do.”

According to ESPN Cricinfo, he further added, “It was a tough decision to replace Junaid. But even Ajmal is not sure [whether he is ready to return] because he hasn’t played any sort of cricket for the last five or six months. That’s a big concern for a cricketer going into real cricket. You need some cricket behind you. So let’s see how it goes.”

From the comments of Afridi and Misbah, it is hard to say whether Ajmal will feature at all in the tournament, but we like all fans are keeping our fingers crossed.