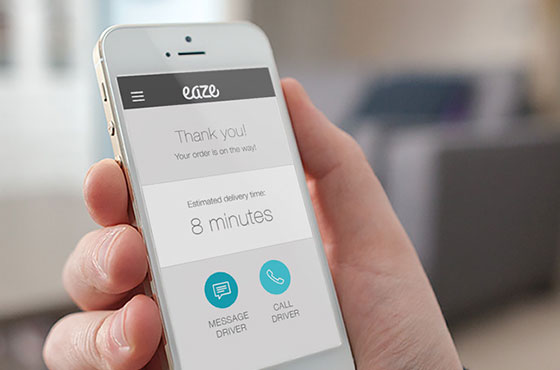 Medical marijuana delivery startup Eaze has raised a funding round of $10 million. According to Forbes, “Eaze is a service that connects medical marijuana patients with dispensaries.” Their funding round is one of the largest ever raised by a cannabis startup. This is also great for other such startups who are blending technology with the marijuana business.

Forbes quoted Eaze CEO and founder Keith McCarty saying, “It signals that technology services can be successful service the cannabis category. It also signals that regulatory landscapes are loosening up, and venture capitalists see the broader market continuing in that direction.”

The idea is simple. The service first checks that the person is a medical marijuana patient and connect them to local dispensaries so they can order their weed. These dispensaries also have fleets of delivery drivers. Around seven or more have followed Eaze’s business model but few have launched.

Eaze spokeswoman Caroline Vespi was quoted saying, “The six months’ difference between when we raised seed to now — the investor sentiment has changed a lot. A lot of it has to do with the (Paypal co-founder) Peter Thiel announcement. It’s okay to talk about funding a weed startup, whereas six months ago it was a little dicey.”

According to Time Magazine, “Eaze has raised more than $10 million in funding from DCM Ventures, Fresh VC, 500 Startups and Snoop Dogg’s Casa Verde Capital.” Peter Thiel’s Founder’s Fund made a round of investment of $75 million for Privateer Holdings which is basically the holding company for such businesses. With Snoop Dogg endorsing the brand, things look good to go for the ‘Uber for Weed’ startup Eaze.

After the states of Washington and Colorado legalized the drug and Peter Thiel’s involvement, things are looking better for the weed business which is still considered a grey area for most investors. Google’s Play Store and Apple’s App Store will not be listing Eaze in their catalog for that reason.

At least Eaze has taken some strong steps and could encourage more investors to consider the cannabis market.