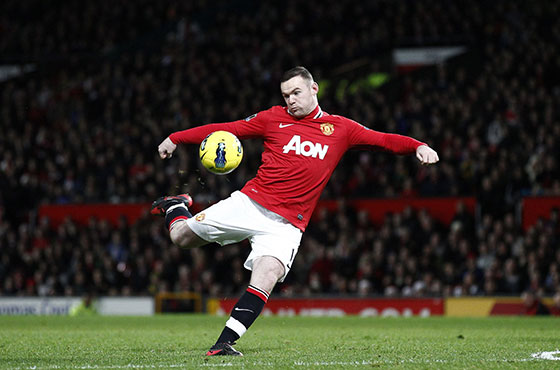 Manchester United earned another valuable win against Burnley recently that would move them to third place in the Barclays Premier League behind Chelsea and Manchester City. This time around, United boss Louis Van Gaal played captain Wayne Rooney in the holding midfielder position  in a match which the Red Devils won by two goals.

Rooney has traditionally played as a forward and sometimes as a central midfielder. Van Gaal took a gamble by playing the 29-year-old further back. While speaking to Sky Sports, Van Gaal was quoted saying, “’I have to look for the better balance and I think until now because of Rooney, we have a better balance in midfield.”

The Dutchman felt that by playing him in an unfamiliar position, Rooney was able to show his versatility. When needed, the skipper could play in any position the manager would want him to. ESPN quoted Van Gaal saying, “He showed composure and of course he was also today the Rooney that I want to see, but he has showed that he can play in every position. Maybe he can better play in a striker’s position but then I have a problem in midfield and then you are asking another question.”

However, since strikers Robin Van Persie and Radamel Falcao not performing up to the mark, Rooney could have suited better up front. The England captain has yet to score since his last goal in the Boxing Day fixture against Newcastle United.

Should Rooney continue playing in midfield or revert to the striker role. In this case, only Van Gaal knows best!