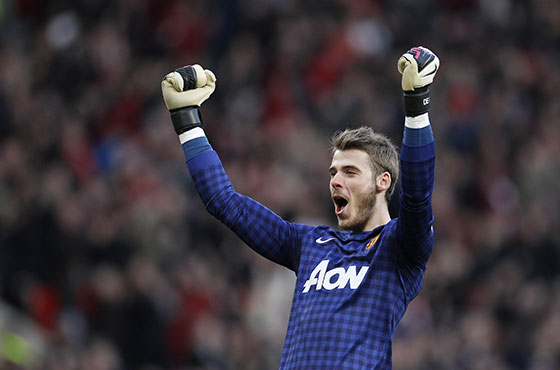 Real Madrid seems to have no plans to stop their pursuit of Premier League stars. In the summer of 2013, they successfully acquired Gareth Bale from Tottenham Hotspur. The Welsh prodigy would end up winning his first and Real Madrid’s tenth UEFA Champions League title. Last season, Manchester United’s Javier Hernandez was brought in on loan. Hernandez, also known as Chicharito, is not a top player but has proven his usefulness as a squad player for the Red Devils and even Madrid. This time around, they plan to bring in United’s Spanish goalkeeper David De Gea. According to the Mirror, the United shotstopper has confessed to his friends that it would be difficult for him to turn down an offer from the ten-time Champions League winners.

Would Madrid be able to sign De Gea considering allegations of signing minors levied against them? Such allegations, if proven true, would mean that the Los Blancos may suffer the same fate as their league rivals Barcelona. The Catalans are currently facing a transfer ban from FIFA for signing minors. This will put a tailspin on Madrid’s transfer targets this summer if the ban does get sanctioned.

According to the Daily Mail, Spanish radio station Cadena Ser has stated that Madrid could face a ban restricting them from any transfer activity for one year. However, Madrid has responded with a statement claiming “such information” to be “absolutely false”. In a statement from January 2015, Madrid stated, “Once again, Real Madrid regrets the recurrence in the spreading of such information, some of which is malicious, and whose sole objective is to implicate the club with supposed violations that in no case have been committed.”

Hopefully, Real Madrid can stay safe from a transfer ban and reignite their transfer activity in the summer. De Gea is most likely on his way to Santiago Bernabeu if an offer comes his way.  He had previously played for Atletico Madrid before joining United in summer of 2011.