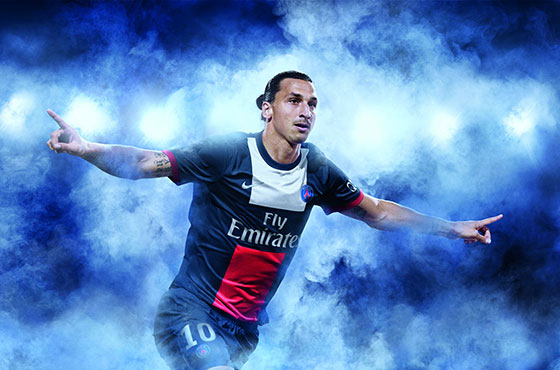 It seems there is a Middle East invasion in European football. Two of the biggest Barclays Premier League clubs have shirt sponsors from Middle East Airlines. A visit to London for any football fan will include a tour of the Emirates stadium — the home ground of Arsenal. Similarly, Manchester is home to Premier League champions Manchester City — sponsored by Etihad Airways.

According to a new report by Repucom called ‘Emerging Giants’, the UAE has invested the most in shirt sponsorship of European clubs surpassing Germany. The investment, reported to be in the region of $163 million sets a new record in league sponsorship.

According to Arabian Business, Middle East investment in team ownership is now a whopping $1.5 billion. At the same time, Asian bigwigs have invested $1.1 billion in US sports franchises since 2012. It was also reported that top Premiership clubs such as Manchester City, Arsenal and others like Notthingham Forest have Arab shareholders. French giants Paris Saint-Germain and Spanish La Liga club Malaga are fully owned by Qatari investors.

PSG has benefited from Qatari ownership, and now possess one of the top squads in Europe. Zlatan Ibrahimovic, Ezequel Lavezzi, Edinson Cavani and Thiago Silva are but a few of the big names that play for the current French Champions. $130 million has been spent by Qatar Sports Investments (QSi) to make PSG a force to be reckoned with.

And it appears Asian businessmen aren’t far behind… According to the BBC, Pakistani-American businessman Shahid Khan is now the owner of Fulham FC, having purchased it from Egyptian business tycoon Mohamed Al-Fayed for a reported £200 million.