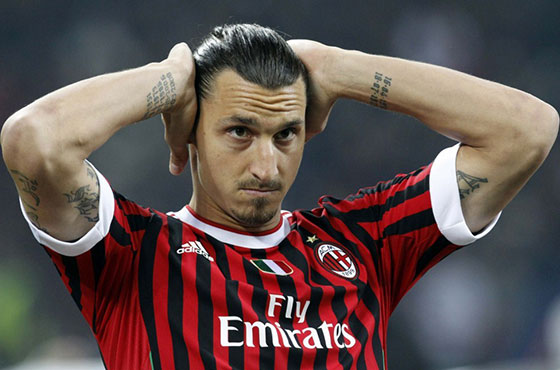 The Strikers That Make Up ‘Guardiola’s Misfits’

What is Pep Guardiola’s problem with out-and-out strikers? When he was managing Barcelona, he had Samuel Eto’o and later Zlatan Ibrahimovic neither of whom lasted very long. According to Guillem Balague’s book Messi, Ibrahimovic was brought in as a replacement for Eto’o and Lionel Messi would be played on the wings and later behind the striker.

The system didn’t work for Ibrahimovic as Messi was known to make diagonal runs into the striker’s area. Guardiola would then make Messi play behind Ibrahimovic. Through Ibra’s autobiography I am Zlatan Ibrahimovic, we learnt  that Guardiola had to make a decision regarding his two forwards. Ibrahimovic said in his book, “He [Messi] wanted to play in the middle, not on the wing, so the system changed from 4-3-3 to 4-5-1. I was sacrificed and no longer had the freedom on the pitch I need to succeed.”

Eventually, Ibrahimovic was unable to fit into Guardiola’s system and was loaned out to AC Milan. In hindsight, it was a great decision for Barcelona as the Catalans enjoyed their best spell in years.

When Guardiola managed Bayern Munich, we saw the exit of German international Mario Gomez and most recently Mario Mandzucik who today plays for Atletico Madrid.

Is it possible that Bayern’s current striker Robert Lewandowski could join the league of Guardiola misfits? The Polish international was one of the subs in Bayern’s Champions League fixture against Shakthar Donetsk. According to Yahoo Sports, Lewandowski’s strike rate is not bad at 11 goals in 29 appearances, but pales in comparison to the 103 goals in 185 matches for Dortmund.

It is likely that like Ibrahimovic, Eto’o, Gomez and Mandzukic before him, Lewandowski’s time with Guardiola will be cut short sooner or later. If we recall Guardiola’s 4-3-3 formation at Barcelona  where Messi played in the false-9 position, the aforementioned strikers would not have worked. In a system where Messi plays as an attacking midfielder/forward with Iniesta and Xavi feeding him the ball, there would just be no room for an out-and-out strikers.