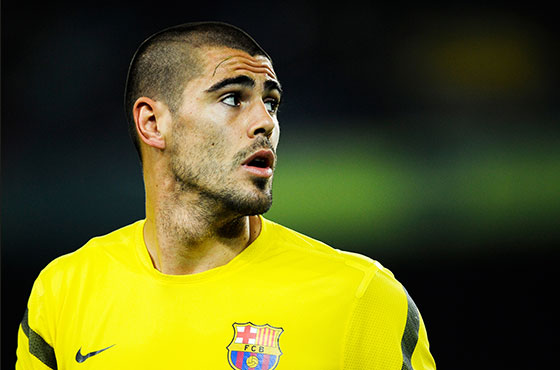 The Hottest Transfer Updates of Jan 2015

European clubs were busy as usual making changes to their squads this January transfer window. While January is usually considered a slow month for transfer activity, there was still plenty of movement between the biggest and best football clubs in the continent. We give you the lowdown on the best transfers of January 2015.

Victor Valdes has been a free transfer since exiting Barcelona last summer. The 32-year-old goalkeeper had been allowed to rehabilitate and train with Manchester United and later signed a permanent 18 month deal with the club. The Spaniard has won UEFA Euro 2012 and FIFA World Cup 2010 with the national side. He also had won the La Liga and UEFA Champions League with the Catalans. He would be hoping to cap off his career with a Barclays Premier League medal.

Arsenal signed Lukas Podolski from Cologne in summer of 2012. He also had experience playing for the German national side as well as Bayern Munich.  In order to get first team football, Podolski moves on a loan deal to Inter Milan. Hopefully the loan move would help his confidence and give reason to Arsene Wenger to give him a regular starting place when he returns to the Emirates Stadium.

A loan deal was arranged between AC Milan and Chelsea last summer that would see the 30-year-old see out the rest of his Blues contract. He would then sign a permanent deal with the Italian giants in order to secure a loan move back to boyhood club Atletico Madrid. He has since managed to score two goals against Real Madrid with both strikes appearing in the first minutes of each half. He would once again score in a Copa Del Rey Quarter Final loss against Barcelona in the first minute.

Chelsea once again struck in the transfer window with perhaps the best capture in Europe. Jose Mourinho was able to bring the highly talented Juan Cuadrado for a reported £27 million from Italian Seria A club Fiorentina. Sky Sports quoted Arsenal legend Thierry Henry saying, “He can beat anyone at any time and he’s a proper winger also – that’s something you don’t see often now, guys that want to go down the line and beat people and cross. That’s what you want if you’re a striker, so I think he will be a special player.”

Defending Premier League Champions Manchester City added another stellar forward to their strikeforce. Wilfred Bony will now play alongside the likes of Sergio Aguero and Edin Dzeko. The Ivorian came to the Etihad from Swansea for a reported £25 million. Bony scored the most goals last year in the Premier League. Considering the excellent talent already at City, he is bound to succeed and become one of the most formidable strikers in Europe.

Since Chelsea brought in Colombian sensation Juan Cuadrado, Mourinho would have to create space by letting go of one of his squad players. Andre Schurrle was unable to find a regular starting place despite showing tremendous potential. He would make a move back to Germany and is now a Wolfsburg player. The Blues received a reported £22 million for the transfer. Hopefully, the FIFA World Cup 2014 winner will now get a chance to fulfill his potential in his homeland.