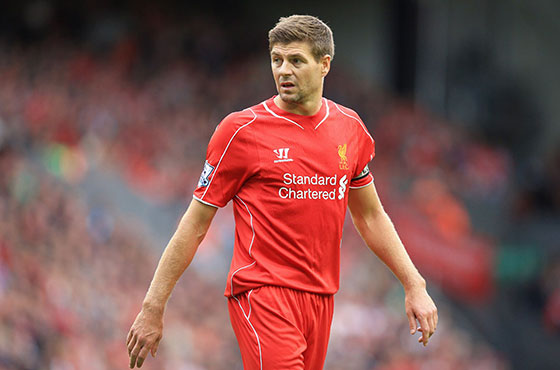 Steven Gerrard will be ending his illustrious career with boyhood club Liverpool after 17 long years this summer. When he announced his decision last year, he was on the radar of several clubs all over the world.  The Liverpool skipper eventually chose the US as his destination and will be playing for LA Galaxy- the same club where former England captain David Beckham played. According to Arabian Business, the Reds skipper could have made a move to Qatar.

Gerrard reportedly rejected a $27.5 million offer from Qatari club Al Gharafa, based in Doha, which also would give him a sizable $260,000-a-week salary for two years. However, it seems that the 34-year-old prefers the United States as a suitable destination for his family and Los Angeles offers everything to an international footballer from the nightlife to Hollywood. The deal with the Galaxy is reported to be worth $6 million a year.

Gerrard’s last season with his beloved club has not been his best. He was not in the starting eleven for a few key fixtures including the UEFA Champions League clash against the ten-time European champions Real Madrid at the Santiago Bernabeu. Recently, he did not start in his last match against arch rivals Manchester United. His appearance in the second half lasted for less than a minute he was sent off for a red card offence. Contract delays from the Liverpool hierarchy reportedly encouraged him to consider his footballing future outside of Merseyside and even out of England.

It is rather sad because the Liverpool skipper had taken international retirement to focus on his Liverpool career and give his best to the club. Hopefully, a win against Aston Villa in this Sunday’s semi-final will get Gerrard closer to picking up one last silverware with Liverpool before the season finishes. We hope that he actually gets to start this one.