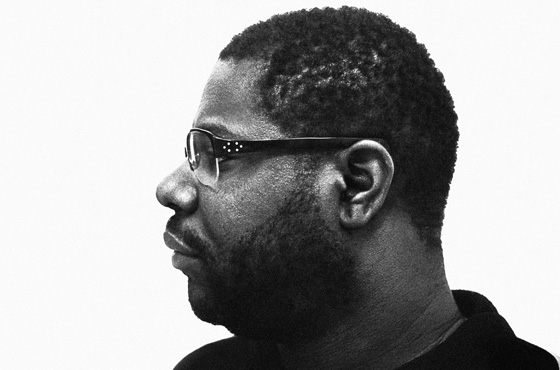 Steve McQueen; Making His Own Name!

Let’s face it… Getting into Hollywood with a name like Steve McQueen there’s already a pretty big shadow looming over you and you’ve got some pretty big shoes to fill. Steven Rodney McQueen, better known as just ‘Steve’ McQueen is a British-born film director, screenwriter, video artist, OBE and CBE. The West London-born talent is the brilliant mind behind films ‘Hunger’, ‘Shame’ and his most recent production to have taken the industry by storm ’12 Years a Slave’.

Steve McQueen is one of those people whose hard work and accomplishments serve as a point of inspiration – not intimidation.

In 1993 he presented his first short titled ‘Bear’ at the Royal College of Art in London. The silent black and white film was shot on sixteen-millimetre film and touched upon many sensitive issues including race, sexual orientation, erotic attraction and violence. With a flair for making quite dark films, it is this particular trait that has been marked as ‘McQueen-style’. When asked about his directorial style, the director revealed “I’m essentially quite happy, but for some reason, I have done a lot of stuff that is dark. I don’t know why that is and I don’t question it. I don’t really think you have a choice where you go as an artist.”

In 2008 his feature film ‘Hunger’ about a 1981 Irish hunger strike, premièred at the Cannes Film Festival. For it McQueen received the prestigious Caméra d’Or (first-time director) Award, which marked the first time a British director, had been bestowed upon with such an honor. Also recipient to a host of other awards including the Sydney Film Festival Prize, the Diesel Discovery Award and the Los Angeles Film Critics Association Award for Best New Generation film ‘Hunger’ was a turning-point for McQueen. It was his way of telling the film industry he’s arrived!

His most-recent feature ‘12 Years a Slave’ is based on an incredible true story of one man’s fight for survival and freedom. In the pre-Civil War United States, Solomon Northup, a free black man from up-state New York, is abducted and sold into slavery. Facing cruelty as well as acts of unexpected kindness Solomon struggles not just to stay alive but to retain his dignity. In the twelfth year of his unforgettable odyssey, Solomon’s chance meeting with a Canadian abolitionist forever alters his life. The movie stars Chiwetel Ejiofor, Michael Fassbender, Benedict Cumberbatch, Paul Giamatti and Brad Pitt and has already picked up eight awards and 14 nominations.