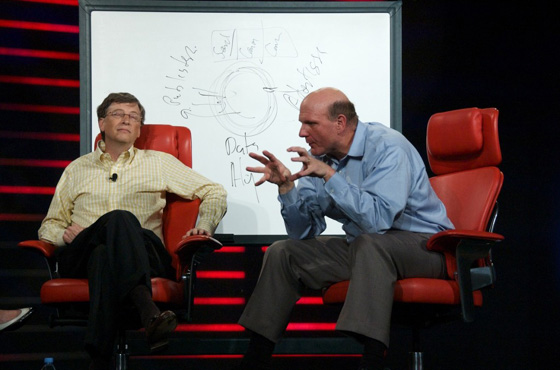 Bill Gates has been associated with Microsoft since he founded the tech powerhouse with partner Paul Allen back in 1975. For the longest time, he held the highest percentage of shares in the company, despite taking a less active administrative role over the last few years.

But now, with Gates reportedly selling off 4.6 million shares in Microsoft Steve Ballmer has emerged as the tech-giants largest shareholder. Ballmer has been with Microsoft since its early days and was reportedly the 30th employee hired by the company. Ballmer has headed many divisions over the last few years and was instrumental in development of the .NET platform.

Ballmer had taken over as CEO from Bill Gates in the year 2000 up until his retirement last year. Satya Nadella was chosen to take over the prestigious #1 position at Microsoft and apparently brought back Gates in an advisory role.

Even after retirement, Ballmer reportedly leads with 333.2 million stock positions with Gates not far behind. Examples of group shareholders reportedly include Vanguard Group with 372.6 million shares and State Street with 343 million.

Gates may not have as many shares as Ballmer, but packs a stronger financial punch with a net worth of $77.2 billion to the latter’s $20.1 billion, as reported by Forbes.