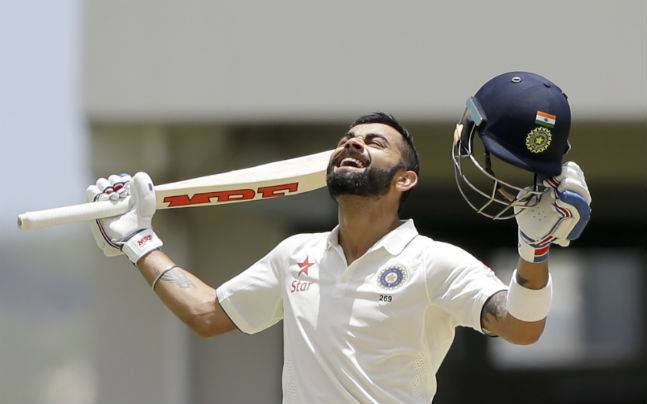 He could aptly be called India’s most lethal weapon at present. The swashbuckling skipper of the Indian cricket team is in his fittest form ever, and cricket fans were treated to one of the best episodes of ‘The Virat Kohli Show’ at Antigua on Friday.

At the end of play on Day 1 of the Test against West Indies, Kohli left the pitch with an impressive 143, not out, but more treats were in store on Day 2 and that too, all before lunch. Kohli completed his first double century 0ff 281 balls, hitting 24 boundaries in that fantastic knock which had Indian fans cheering wildly for their captain. Not only was the double ton a first for Kohli, it was also the first by any Indian skipper on foreign soil. Before this, Azharuddin held the record for the highest score any captain had made outside India — 192 against New Zealand in 1989.

Interestingly, Kohli’s past experience of being in West Indies was not a very happy one; this is where he made his Test debut five years ago, failing to impress much, with an average of just 15.20 in five innings, but the versatile batsman has seen a spectacular rise since then. He’s now at the place he certainly deserves to be — leading India from the front.