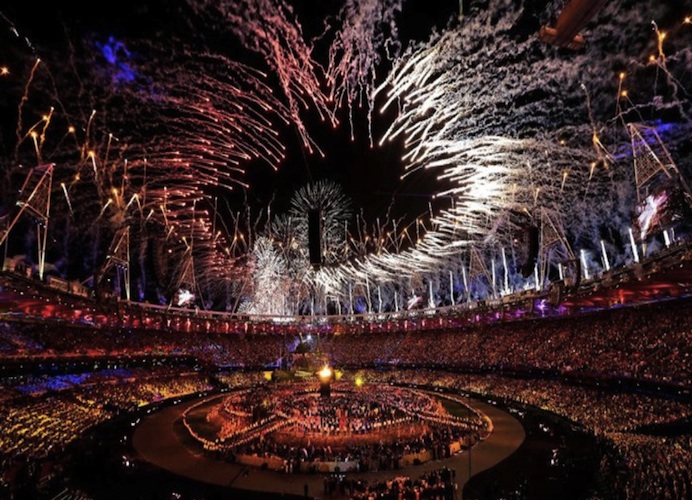 Against the backdrop of all the controversies – Zika virus fears, political unrest, recession, Russian doping scandal, and reports of failed preparation standards – the Rio Games finally commenced last night amid pomp and revelry befitting the first Olympics to be held on the South American continent.

The atmosphere at the Maracana Stadium in Rio where the opening ceremony took place, was electrifying. Broadcast live to a global audience of over 3 billion viewers, the show celebrated the natural beauty, rich culture and history of Brazil. Former Brazilian marathon runner and Olympic bronze medallist Vanderlei de Lima was given the honour of lighting the cauldron, which marked the official opening of the Games.

The crowd of 60,000 in the stadium cheered madly as teams from 207 countries marched in, proudly bearing their flags, but the loudest applause was deservingly accorded to the last contingent – a team of refugee athletes who have no country to call their own at present, carrying the banner of the United Nations. They were perhaps the truest representatives of what the Games symbolize — the refusal of the human spirit to give up.

The focus will now be on earnest competition between athletes from all over the world, vying for gold in 28 sports. In the end however, as in all Olympics, everyone will be a winner, as the world puts aside its differences and comes together to celebrate diversity and sportsmanship, fighting battles in the best way possible.