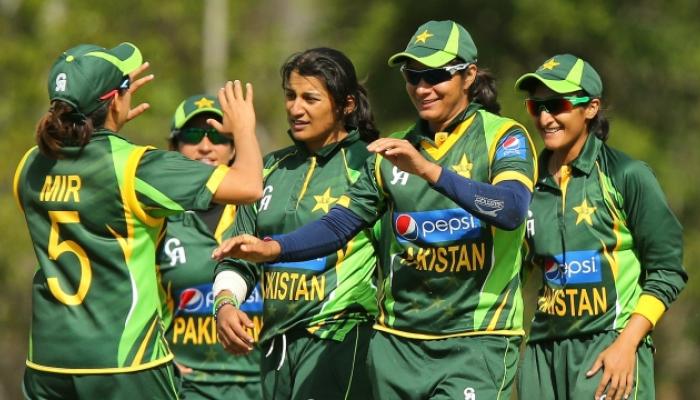 With a little help from Lady Luck, of course, but Sana Mir’s cricketing squad notched up a 2-run victory against India at the World T20 tournament match at the Feroz Shah Kotla stadium in Delhi today.

The Pakistani bowlers managed to limit India to a very modest total of 96 runs after skipper Mir won the toss and sent India in to bat first. The Indian batswomen stumbled right at the beginning when they lost the two wickets of Vanitha and Smriti Mandhana for only 5 runs.

This gave Pakistan a boost in spite of the fact that the Indian team were the favourites, with a 5-1 record against Pakistan in T20 Internationals. At the end of 20 overs, India had been restricted to 96/7, which could have been an achievable target for Pakistan, had rain not intervened.

The Pakistani batswomen, when they took to the crease, were putting up a performance at par with that of the Indians. However, at 77/6, when they had just lost the wicket of Sana Mir, a heavy downpour halted play. At that point, Pakistan needed 20 runs off 24 balls, a target they could have achieved.

When the rain showed no signs of letting up, and the cut-off time was crossed, the Duckworth/Lewis regulation was applied and Pakistan was awarded a win by two runs. Detractors may be cynical, but the Pakistani side won fair and square by the cricketing rules, so let’s give our girls the praise they deserve!