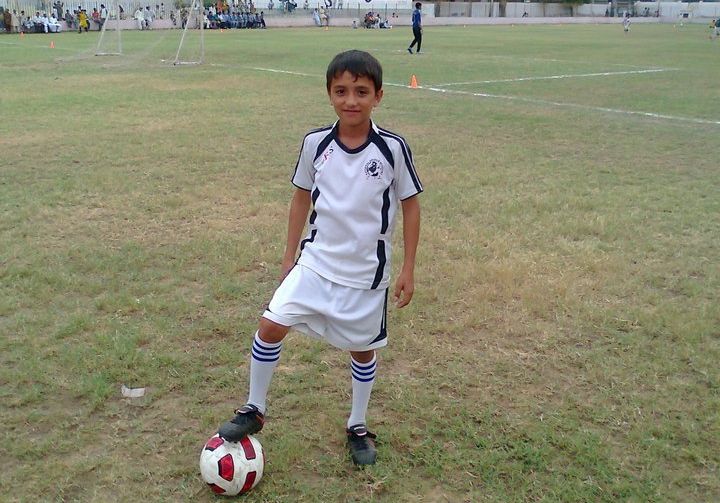 It’s not often we get the opportunity to interview a football sensation… No, i’m not talking about Messi, Xavi or Iniesta, forget about those guys! I’m referring to none other than 17-year-old football prodigy from North Nazimabad, Shams Taj. The star of Karachi United’s Center of Excellence program, was kind enough to take time out of his rigorous training schedule for a brief tete-a-tete with The Karachiite. Here’s what he had to say…

How you see the growth of football in Pakistan?
Currently the talent in football grounds of Pakistan is impressive and I am sure that one day Pakistan will be known as a footballing nation. The learning through TV is also helping us a lot. The coaches are doing their bit to take us to the next level. We are always looking to improvise despite the lack of facilities.

Are there opportunities for football players to play outside Pakistan?
Financial constraints is the reason players are not trying their luck outside Pakistan. If the government and Pakistan Football Federation provides support then we can show our talent and further nourish our skills. Even a league system of our own will do wonders to shape our careers in the right direction. However, it will need massive involvement from the people here so that investors get urged to invest in our abilities and football in Pakistan.

Are activities in schools and colleges good enough to groom local talent?
Schools, colleges and universities in Pakistan do not carry football high on their priority list. If the system decides to concentrate on the development of football and make grassroots development a priority then quality players can be produced in bulk quantity. The big leagues of the world were once only an idea, but it was grassroots development that took them to the next level.

Who is your inspiration little man?
Cristiano Ronaldo, for me he is perfect! His skills, fitness and strength, every aspect of his game is brilliant and I want to become a player like him. The way Ronaldo shifts gear truly amazes me. His willingness to get fastest in the box and his jaw-dropping free kicks are unmatched.

Who would be your dream club to play for one day?
Manchester United is my favorite football club. If I get a chance to play as a ‘red devil’ for Manchester, I’ll feel myself fortunate and will do my best for the pride of the club. It will be a special feeling, something words can’t define. With a Man United badge on my jersey I’d feel accomplished, satisfied and probably over the moon!