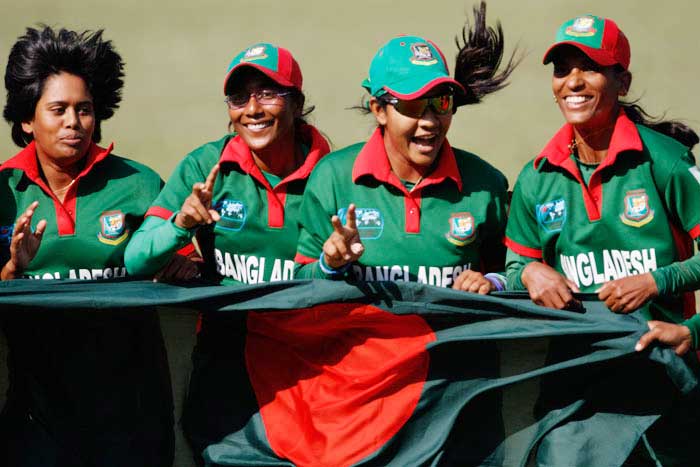 On September 28, a 15-member cricketing squad from Bangladesh landed at Jinnah International Airport. The team is scheduled to play a limited-overs series against their Pakistani counterparts, consisting of two ODIs and a number of T20s. It is the ﬁrst time, after a hiatus of nine years, that a Bangladeshi team has toured Pakistan. After the 2009 attack on the Sri Lankan Cricket team in Lahore, most nations declined offers to play in the country, citing security reasons. The bad spell was broken this May-June when the mens team from Zimbabwe took on team Pakistan in a two T20 and three ODI tournament.

A delegation from Bangladesh had come to Pakistan earlier to check the security situation in Lahore and Karachi, prospective venues for the matches. It was then decided that all matches would be played in Karachi. The Southend Club cricket stadium was chosen as the most suitable ground for the clashes, as the club has residential facilities that the team is utilizing.

Though the matches are an incentive to promote friendship and goodwill between the two nations, there are still signs that old wounds do not heal so fast and much water has still to ﬂow under the bridges. The Bangladeshi team has restrictions placed on their movement by their cricket board and will be conﬁned to staying within the stadium for the duration of the tour. An unpleasant note was introduced when it was learnt that the team members were barred from speaking Urdu, so much so that the skipper Salma Khatun was reprimanded by the BCB for uttering a few phrases in the language during an interview.

However, when the ladies expressed their desire for shopping, their Pakistani hosts obliged by bringing the bazaar to them , transporting garments, handicrafts and such to the stadium guest rooms, much to the delight of our visitors.

So far, the Pakistani team has outdone their rivals, winning both T20 matches and the ﬁrst ODI. Captain Sana Mir is looking forward to a whitewash by a coup de grace on October 6, when the last ODI will be played.