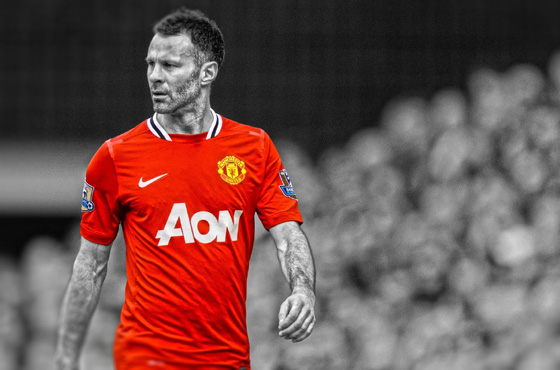 Moyes’ miserable 10-month spell at United reached a bitter conclusion with his sacking on Tuesday after 24 hours of speculation that the Scot was set for the axe in the wake of a 2-0 defeat at his former club Everton.

That loss was United’s 11th Premier League reverse of a campaign which has seen the English champions suffer a shocking slump to seventh in the table.

For a club that was used to unmatched stability during Alex Ferguson’s reign, which lasted more than a quarter of a century before he stepped down last summer, it has been a tumultuous and depressing few days at Old Trafford.

But with the departure of the unloved Moyes, many United fans, and possibly some of the players too, will be in better spirits when struggling Norwich arrive in Manchester this weekend.

There will definitely be a spring in the step of Welsh midfielder Giggs, who had reportedly grown frustrated at the way his role as player-coach had been marginalized by Moyes.

Giggs, 40, has stepped up to become interim manager until a permanent replacement can be found during the close-season, with Netherlands coach Louis van Gaal, who will be replaced by Guus Hiddink after the World Cup, the bookmakers’ favourite to take eventually over at Old Trafford.

And while it has been made clear that Giggs is not in the running for the job, with four matches remaining this season he will hope to showcase his managerial credentials by restoring the feel-good factor at a club desperately in need of some positive news after such a turbulent period.

Moyes’ assistant coach Phil Neville, a former United player, has stayed on to help his old friend Giggs, who is also being assisted by fellow ‘Class of 92’ youth products Nicky Butt and Paul Scholes.

Butt, who was already working as United’s reserve team coach, admits it is a “proud moment” for all four men to be involved in the management of the United first team.

“It will be massive for us, a proud moment for us all. To be there together is a bit of a surreal thing,” Butt said.

“We walked in here together when we were 12 and to be here now — I’m not 40 yet but Giggsy is, and myself and Scholes are nearly there too. So for us and Phil to be there together is a very proud moment.”

“We’re here to try to help the club and get the results that we want from now until the end of the season. What happens after that, who knows?”

“We’ve got some amazing players at this club, good lads who care about the club, who are really positive about United and want the best for the club.”

“Saturday is a massive occasion, not only for Ryan, but for the staff, the fans and the players as well because they know that we’ve underachieved as a club this year.”

“The players in that changing room know how good they are. They look round, look left and look right at the players next to them and know that they are very proud, hard-working lads. I’m sure we’ll see that on Saturday.”

And the former Canaries youth coach believes Giggs will have United playing in a similar attacking style as Ferguson’s sides after the dour Moyes regime.

“It’s an interesting one. I don’t think many people would have predicted myself and Ryan Giggs standing in opposite dugouts at the start of the season,” Adams said.

“You’re thinking about which players he might bring back in, which players he’s played with, and we’ve all seen the coaching staff he’s brought in, who will have the same values and philosophies and who came through under Sir Alex Ferguson.”

Norwich are one place and two points above the relegation zone with three matches remaining and face Chelsea and Arsenal after the United fixture.