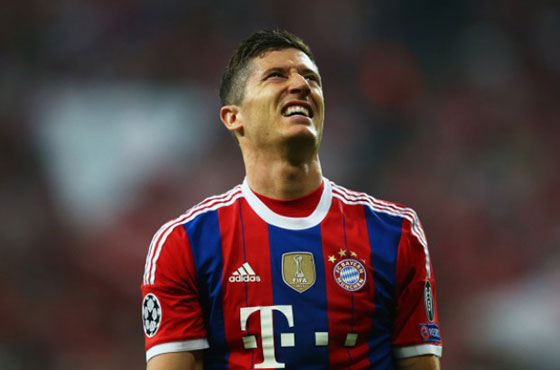 With Cristiano Ronaldo and Lionel Messi dominating the Ballon d’Or for the past few years, it would have been nice for some fans to see a new player get crowned for 2014. This time around, both Messi and Ronaldo were joined by Bayern Munich goalkeeper Manuel Neuer. His club team-mate Robert Lewandowski could have played a part in helping him win the trophy but it was not meant to be.

According to the Goal, the Poland Captain voted for the Portuguese sensation instead of the Germany national goalkeeper. Lewandowski had selected Neuer and Bayern midfielder Bastian Schweinsteiger as his second and third choice respectively and now regrets his decision. International captains and coaches are allowed to vote for their three top choices to win the annual award.

According to the Daily Mail, the Bayern forward would have done it differently if he was given a chance to vote again. When speaking with German newspaper Welt Lewandowski was quoted saying, “Voting for Ronaldo instead of Neuer was a mistake. I would clearly vote for Neuer now if I had the chance. But I already cast my vote back in August or something. I would vote different now. I am sorry for Manu. I am really surprised that he did not even come in second and the big gap to Ronaldo also baffles me. Manuel is an amazing goalkeeper and person.”

Neuer, with club and country, has his share of accomplishments including last summer’s World Cup and the 2013 UEFA Champions League. He also has won the German Bundesliga for two straight seasons with Bayern Munich under manager Pep Guardiola.