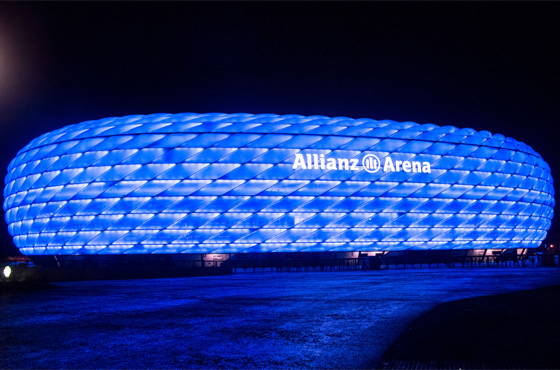 After beating Bavarian giants Bayern Munich by a single goal at the Bernabeu last week, Spanish powerhouse Real Madrid are tonight looking to finish the job in the second leg of the UEFA Champions League semi-finals.

We’ve seen in the past that sometimes a single goal advantage isn’t enough to guarantee you’ll go through, but in tonight’s match-up Real Madrid can simply ‘park the bus’ and qualify for the finals with a scoreless draw. The pressure is definitely on for Bayern Munich to score, but playing at their fortress the Allianz Arena, they now have a home advantage.

Bayern Manager Pep Guardiola is hoping that with the return of midfielder Arjen Robben and defender Philip Lahm they can now give Madrid a run for their money, and hold on to their Champions League title.

Guardiola reportedly also has high hopes of French midfielder Franck Ribery, who he is counting on to retain the Champions League trophy. If Bayern are successful, they will be the first team in history to retain the title (Milan did this before the tournament was renamed the UEFA Champions League).

The five-time European champions will be playing their third consecutive final if they overturn the one-goal deficit and beat Madrid tonight. They would be the second side after Italian titans Juventus to appear in three consecutive Champions League finals.

Real Madrid on the other hand, will see the return of gifted winger Gareth Bale, defender Pepe and forward Karim Benzema. Bale was one of the key players responsible in helping Madrid beat arch rivals Barcelona in the Copa Del Rey final, and even scored a magnificent goal that went viral on social media.

Portuguese football sensation Cristiano Ronaldo is reportedly expected to be in the starting eleven after nurturing a hamstring injury. If found to be fully fit, CR7 and Welsh prodigy Bale will surely be looking to blast a few goals past Bayern goalkeeper Manuel Neuer.

Neuer, described by German media as the world’s best goalie, will have quite a challenge on his hands. Last week Madrid forward Benzema was able to get one past him, and he’ll surely be looking to add to his tally tonight.

Real Madrid boss Carlo Ancelotti reportedly stated that in such games, mental toughness is important. Real Madrid will face either Jose Mourinho’s Chelsea or Diego Simeone’s Atletico Madrid in the final, if they are able to beat Bayern Munich in the hotly-anticipated second leg clash.

History may repeat itself if Bayern are pitted against Chelsea in the final this year. Both Bayern and Chelsea competed in the final two years ago, with the Blues celebrating a historic win in Munich, thanks to the heroics of Ivorian Didier Drogba.