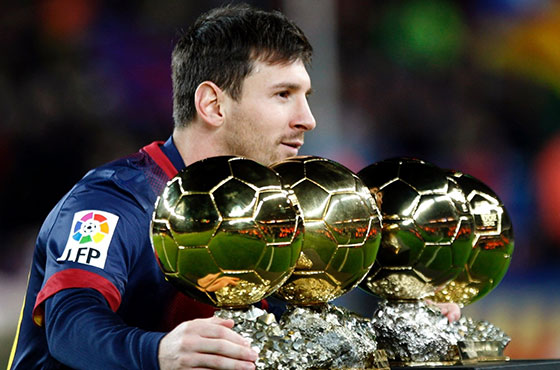 PSG to Take the Fight to Chelsea for Lionel Messi

Lionel Messi has been with FC Barcelona since the age of 13 and the way his career has progressed, it was as though he would stay with the Catalans forever. But several broken records and four Ballon d’Ors later, the Argentine sensation may be looking for a different adventure.

The world’s best player is reportedly unhappy at Camp Nou and speculations were raised when he went on Instagram and followed Barclays Premier League leaders Chelsea. According to the Daily Mail, he has had arguments with manager Luis Enrique twice.

Could it be that the ‘the flea’ is a secret admirer of the Special One Jose Mourinho? Messi scored many goals against Real Madrid when the Portuguese was their manager.

According to the Metro, Messi has been linked with a reported move to Chelsea but the Blues may have to fight it out for his signature. According to the latest reports, PSG forward Javier Pastore was quoted saying, “If Messi were to leave Barcelona, Paris Saint-Germain’s owner will be right there to strike a deal. Money will not be a problem. The club has the resources to buy a number of Messis.”

In addition to Chelsea and Paris Saint-Germain, Premier League giants Manchester City is reportedly the only other club that can afford his £200 million price tag.

The Blues and the French juggernauts will be facing each other over two legs for a place in the UEFA Champions League quarter-finals in February, later this year.