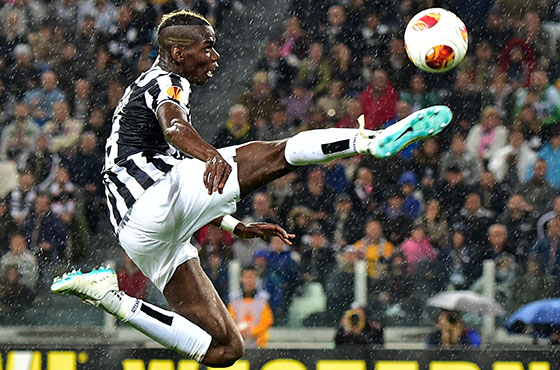 Paul Pogba to Move to Chelsea for £58 million?

Juventus star Paul Pogba may be on his way to newly-crowned Barclays Premier League Champions Chelsea this summer. According to Metro, the French international has been allowed to leave the club for a fee of £58 million. Chelsea could very well be on top of Pogba’s list for a few reasons. Firstly, they have one of world’s best managers in Jose Mourinho. The Special One guided the Blues to a convincing Premier League championship in his second season after returning to Stamford Bridge. They have a well-knit squad and Chelsea seems like a perfect fit for the Frenchman.

Pogba is also on the radar of Manchester City, Real Madrid and Paris Saint-Germain. The Citizens are reportedly expected to offer £50 million and the French giants have handed a deal valued at £210,000-a-week. According to the Daily Mail, Manchester City may need to get rid of one player if they decide to bring in the 22-year-old prodigy to comply with Financial Fair Play regulations. That could likely be Englishman James Milner who is looking for a regular start if he moves to Liverpool. The Reds could consider Milner as a replacement for the departing Steven Gerrard.

Paul Pogba is in hot demand and it is likely that he will make a move away from the Juventus Stadium this summer. Chelsea is calling and a return to the Premier League may be ideal to progress his career.