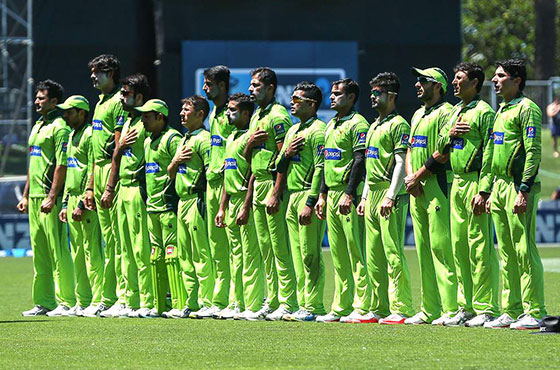 Pakistan is This World Cup’s Most Exhilarating Team

Pakistan had a shaky start to their ICC World Cup 2015 campaign. The men in green suffered defeats against arch rivals India and West Indies respectively. Since then, Misbah Ul-Haq’s men have been on a roll. After beating UAE comfortably in a match which they posted a mammoth target of 339 for the loss of 6 wickets, Pakistan ended up with a surprise win against favorites South Africa. Another win had come at the expense of Zimbabwe.

After three straight wins, Pakistan find themselves in third place in their group behind India and South Africa. With only a match against Ireland remaining, they remain confident of a spot in the quarter-finals. Pakistan are not tournament favorites but they always have a tendency to upset the odds. The reason behind this is their unpredictability which has become their biggest strength.

On any given day, Pakistan can either be at their best or their worst. Opposing sides planning a strategy against them would always be concerned on how to play Pakistan. Would Team Green turn out firing on all cylinders or will they choke under pressure? This is the beauty of the Pakistani team that their fans would not always be excited about. However, this is why every match featuring Pakistan is always an exciting affair in this tournament.

The World Cup needs Pakistan. In 1992, Imran Khan guided Pakistan in a memorable campaign leading up to the final in Melbourne against England. Imran’s ‘cornered tigers’ won only one out of their first five matches but ended up as world champions. 23 years later, Pakistan could recreate history. Despite not being frontrunners to lift the trophy, they will offer unrivalled excitement if they make it all the way to the final.

As we saw in the 1999 final against Australia, Pakistan were at their absolute worst despite fielding a relatively stronger side than today with lot of experience and young stars of the time such as Shoaib Akhtar and Shahid Afridi making their mark. Regardless of the performance that day at Lords, Pakistan did make it to the final which is an accomplishment in itself.

Will Pakistan make it to their third World Cup final this time and make it one to remember for their fans watching back home? If I was a betting man, I would place my bets on them because I knew as unpredictable as they are, their moments of brilliance will bring me better returns!