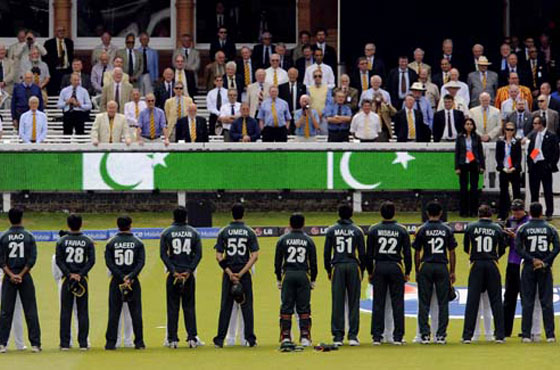 After the Pakistan cricket team’s rather ignominious exit from the ICC World Twenty20 Tournament, the Pakistan Cricket Board (PCB) has decided to adopt a new method and replace Head Coach Moin Khan.

According to media reports, the unanimous decision was taken by the board on Wednesday, April 16th and if reports are to be believed, the board has already advertised the vacancy in local newspapers.

Khan’s termination may seem untimely considering he’s only served in the position since February earlier this year. Khan loyalists are of the opinion that this short duration didn’t provide him with the opportunity to really develop the team and further their progress.

But the board has defended its decision citing Pakistan’s recent performance at this year’s T20 World Cup. The previous five years have seen the Pakistan National team successfully reach the semi-finals.

But what is perhaps most ironic is that even with his recent dismissal, Khan still remains a possible replacement – for Khan. His only other real contender for the position is former Head Coach Waqar Younis, who coached the team from 2010-2011, before being replaced by interim Coach Mohsin Khan.

Aside for the hunt for the new Head Coach the PCB’s advertisement reportedly also lists vacancies for: a Batting Coach, a Spin-bowling Consultant, a Fielding Coach, Strength and Conditioning Coach and a Physiotherapist. The deadline for application is said to be May 5th.

Whatever the outcome, we just hope it works in Pakistan’s favor!