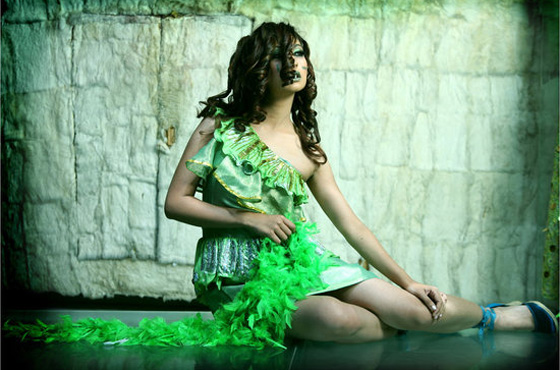 Nadya Mistry: The Weird and the Wonderful

From a very early age, Nadya Mistry knew exactly what it was she wanted to do. One of Pakistan’s most prominent designers and a household name in the fashion industry, Nadya embarked on her professional career in 1997, two years after earning a Bachelor’s degree in fashion design from the prestigious LISAA institute in Paris.

Today, the Nadya Mistry brand name has become synonymous with outlandish creativity, with much of her work bringing her international acclaim in style capitals around the world including: London, Paris and Moscow. Her trendy collections have featured on runways at grand events including Pantene’s Bridal Couture Week and Karachi Fashion Week.

If we had to use one adjective to best sum up Nadya’s work it would have to be “diverse”. From western tops and dresses to eastern kurtas and bridal wear, she’s done it all. She utilizes numerous different kinds of fabrics from chiffon and georgette, to cotton and lawn. Catering to a market buzzing with young shoppers, her designs mostly consist of colorful, floral prints but she is also very well-known for her specially embroidered bridal wear. Nadya Mistry is never short on ideas be it for party wear, casual wear or formal wear. Her work is trendy but bears the unmistakable stamp of ‘traditional’.