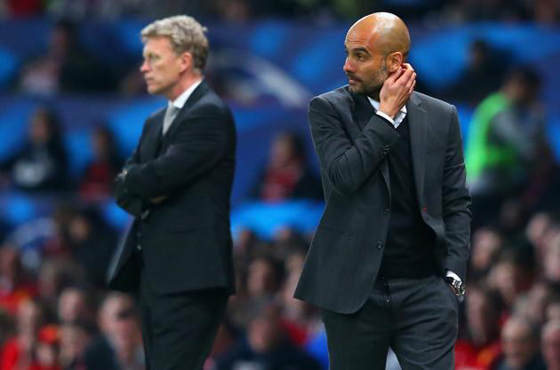 David Moyes has been a disappointing replacement for the legendary Sir Alex Ferguson since his arrival at Old Trafford last year. Under his leadership Manchester United has been at a surprisingly-low seventh position.

Ironically, under Sir Alex last season, the same side won the Barclays Premier League title. Their last chance to secure a route to the UEFA Champions League next season would be to win the trophy itself.

Though it is possible for Manchester United to do the impossible it will prove very difficult. In order to qualify for the semi-finals, they have to beat European Champions Bayern Munich in the second leg at the Allianz Arena in Munich.

If they succeed, they would be the second English club in recent years to beat Bayern Munich in their own backyard. Chelsea did the unthinkable in 2012 when they won the UEFA Champions League final on penalties.

Since then however, Bayern Munich has also seen many changes. Former Manager Jupp Heynckes who led the Bavarians to the title last season was replaced by ex-Barcelona boss Pep Guardiola. This season Guardiola has led the German champions to a successful domestic title defense, weeks before the end of the season.

Tonight European Champions Bayern Munich will welcome English defending champions Manchester United at the Allianz with an away goal from the first leg at Old Trafford that finished 1-1. The advantage is clearly to Bayern Munich and with their home fans behind them they are clearly the favorites to win.

Moyes’ United side was lucky to score a goal at home despite having conceded 80 percent possession to the German giants. Guardiola knows that they have nothing but the European title to defend this season, and just a scoreless draw or home win will see his side though to the semis.

Moyes on the other hand has an uphill battle. His side recently had to deal with injury problems with his star forward Wayne Rooney missing out on this weekend’s premiership games in order to be ready for tonight’s crucial encounter. His best choice would be to employ Chelsea’s 2012 tactics by simply parking the bus and going for the long ball counter attack in order to frustrate the German side.

If they can ‘pull off a Chelsea’ United fans may start to get behind Moyes, especially after a very discouraging season. Can Man United do the impossible? We’ll only know for sure after the final whistle blows tonight at the Allianz.