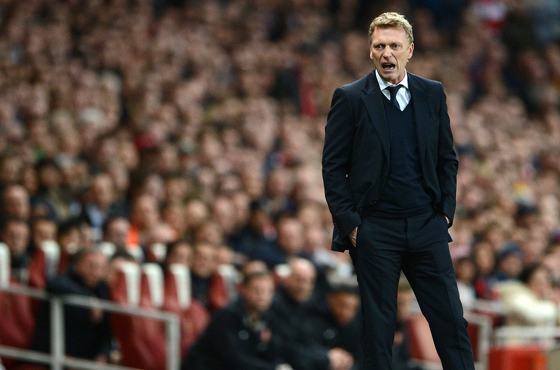 It’s surprising for football fans to see one of the biggest clubs in the World fall from grace in just one season. Sir Alex Ferguson led Manchester United for more than two decades and earned them a record 13 Premier League titles. Fergie, as he is affectionately known, stepped down to a rising ovation from fans around the globe for his service to the club, even leaving the Red Devils with a title win from his last season in charge.

Fergie decided to appoint Everton Manager and fellow Scot David Moyes to be his successor. Moyes took the offer wholeheartedly and instantly expectations were placed on an experienced yet silverware-less manager. Fans felt that a more tried and tested Manager such as Chelsea Boss Jose Mourinho or Bayern Munich Chief Pep Guardiola would’ve been better alternatives considering their numerous accomplishments.

Moyes unfortunately has not been able to live up to the high standards set by his predecessor. The same team that last season won the Premier League title with ease, is now not even in the top four. Struggling for even a Europa League spot, the club is a shadow of its former self. Moyes has unceremoniously taken the blame on himself. Manchester United has lost against rivals Liverpool twice and even took a hammering at the hands of local derby rivals Manchester City. There have been wins against smaller sides, but not enough to keep the club fighting for the title they are working so hard to defend.

They were almost knocked out of the UEFA Champions League this season when they were beaten by Olympiakos FC, but managed a win at home in the second leg. Manchester United needs to win the Champions League in order to stand a chance of playing in Europe’s top club competition next season. In order to attract the top players to join the club playing in Europe is a must.

One can say it’s bad luck or just that the players are not performing at their best. The team has also seen injuries in top stars including Dutchman Robin Van Persie. Even new signings such as Marouaine Fellaini from Everton FC have failed to bring about the desired results. Their biggest signing this season had to be Spaniard Juan Mata from Chelsea FC, but despite playing good football even Mata is being played on the wing instead of in the hole where he is better suited. Moyes has not altered his formation to suit his style of play.

Fergie knew how to get the best out of his players and knew how to use the right formations against different opponents. American owners, the Glazer family, will be giving him a bigger transfer budget, expected to be up to 100 million pounds in the summer transfer window to strengthen the clubs current standing. For Moyes, it would appear he has one more season to prove himself before he finally faces the sack as pressure from disheartened fans continues to grow!