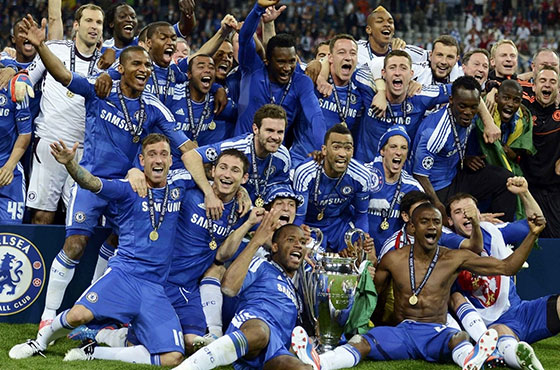 Chelsea have qualified for the Round of 16 on the top of their group in the UEFA Champions League. According to The Mirror, Jose Mourinho’s side had cemented their top spot prior to their last group clash against his former club Sporting Lisbon but took the tie seriously.

This is to show a message to their opponents in Europe that they are here to win. The Blues showed a solid performance and look like one of the top guns to win the coveted Champions League trophy for the second time. However, they would have to be wary of other “sharks in the ocean” as the Special One so said.

Mourinho was quoted saying, “Last year we were close and we didn’t have the team playing at such a high level as we do this season so we can dream we will do it. But let’s see if the sharks let us, because there are a few sharks in the ocean.”

It is true that Chelsea’s opponents want it as badly as they do. Even Real Madrid are looking hungry as ever to retain the Champions League. Unfortunately, not all the best sides make it to the knockout stages as Mourinho states, “Season after season, you repeat this. One team does badly and goes out, but normally the others are in the last 16. So the real Champions League starts now. Barcelona, Real, Juventus, Bayern, Dortmund, Chelsea, Manchester City, Paris – it starts now. Last season we were not one of the top four, for sure, and we played in the semi-finals. Let’s see what we can do this season.”

In the knockout rounds, the sharks that could possibly swallow the Blue whale could be Italian giants Juventus or French juggernauts Paris Saint-Germain. However, Mourinho does not underestimate any opponent, big or small. “Everyone is hard. You think Basel is easy? We lost twice to them last year and they beat Liverpool. Two or three years ago they beat United. Leverkusen are a German team. Shakhtar? I don’t think there are easy teams at this moment”, he said.

Chelsea will also have to ward off home threats in the form of Arsenal and Manchester City who have qualified for the knockout stages. “It’s good for us that our direct opponents in the Premier League are involved in European competitions. United are not. They have the same advantage that Liverpool had last season in terms of the Premier League, a big advantage, but I’m happy City and Arsenal are still involved in the competition,” Mourinho was quoted saying.

Will Chelsea drown in the ocean or swim safely to shore with two hands on the title? Mourinho has won European glory before and is ready to take the men in blue all the way to the final.