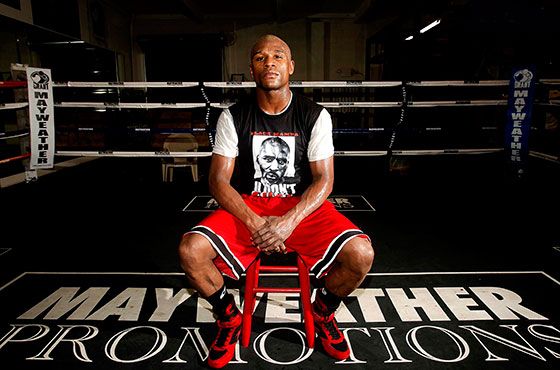 It looks like Manny Pacquiao is ready to take on world boxing champion Floyd Mayweather, Jr this coming May. The fight is expected to happen but on Mayweather’s terms. According to the Daily Mail, Pacquiao is willing to pay the Moneyman $5 million if he is unable to pass a drug test in the run up to their face-off. The Filipino superstar has agreed to undergo an Olympic style testing for the satisfaction of his opponent.

Pacquiao was quoted saying, “(The fight) is near. The negotiations are nearly finished. We agreed that this fight has to happen. We are ironing out the kinks. He (Mayweather) said he wants the fight to push through. We agreed to their [drug-testing] demand. In fact, I suggested a $5m fine if I test positive for drugs.”

Mayweather will shortly be announcing the hotly-anticipated fight scheduled for May 2 in Las Vegas. The last time these two boxing icons came close to a fight was around five years ago. The Mexicutioner Pacquiao refused to participate in drug-testing conducted by the United States Anti-Doping Association (USADA). The two recently met at a basketball in Miami. They would later discuss the fight in Pacquiao’s hotel suite.

However, neither fighter has confirmed the match but chances seem good. The Washington Post quoted Mayweather saying, “I haven’t signed yet, and he hasn’t signed yet, you know. It’s just been speculations and rumors, but hopefully we can make the fight happen.”

Make it happen guys, the world is waiting!