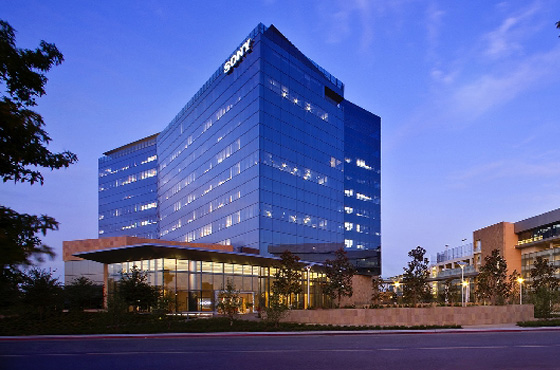 Sony will sell properties at a prestigious Tokyo site where it had its headquarters for six decades, as the once-world beating firm struggles to improve its bottom line, reports said Friday.

The company is looking for a buyer for buildings that once served as the control tower for its sprawling operations, the Nikkei daily said, in a move that stands as neat signifier for the diminished fortunes of the consumer electronics giant.

The properties are in the Gotenyama area near Shinagawa railway station, where land prices have been on the rise recently.

The properties are expected to fetch around 15 billion yen ($147 million), the economic paper said.

Jiji Press news agency the sale was intended to help make up for losses from Sony’s slumping electronics business, which includes television and personal computer operations.

Sony declined to comment on the reports. Several hundred people from the group’s various operations currently work there.

In 2007 Sony sold a portion of the site, moving its headquarters to the opposite side of Shinagawa station.

Sony started as Tokyo Tsushin Kogyo in 1946, the year after Japan’s defeat in World War II.

The following year it moved from a different site in the capital to the Gotenyama area, where it grew into a global player built on its groundbreaking Walkman and popular televisions.

The Nikkei and Jiji said a museum archiving Sony’s epoch-making products would be one of its few remaining properties there.

Sony this month warned it would book a $1.08 billion loss in the fiscal year to March as well as cut 5,000 jobs and exit the stagnant PC market.

The embattled company said in January last year it was selling its US headquarters in Manhattan for $1.1 billion.