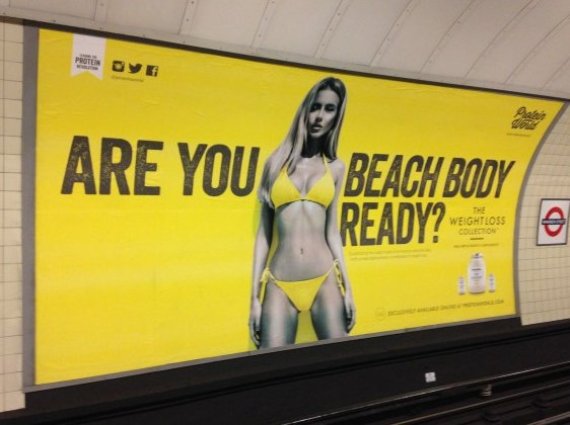 London’s mayor Sadiq Khan has made good on a campaign promise to tackle an issue that troubles many parents, not only in the UK’s capital city, but all over the world. From July, London commuters will no longer be bombarded with images that create unhealthy body-consciousness, especially among young people.

The city’s transport authority announced that it will no longer allow the display of ads that could “create body confidence issues” such as one showing a bikini-clad woman with the tagline ‘Are you beach-body ready?”

This ad particularly annoyed commuters, as hundreds of complaints against it were registered with the UK Advertising Standards Authority. The new ban will have a huge impact, as it will affect around 12,000 spaces controlled by Transport For London, including the London underground, buses, overground trains and street advertising — an asset considered ‘most valuable in the world’, worth about $2.1 billion. It’s definitely going to put pressure on other cities across the globe to emulate the example.

Studies show that children as young as 5 years of age are affected by body-shaming issues. Mayor Sadiq Khan, who is a father to two teenage girls, says advertising plays a big role in this context; demeaning people, especially women, and making them feel unworthy because of their body shape he says, cannot be tolerated.

Kudos to a Muslim leader who has the awareness and courage to stand up for what’s right. Now the rest of the world has to follow suit.