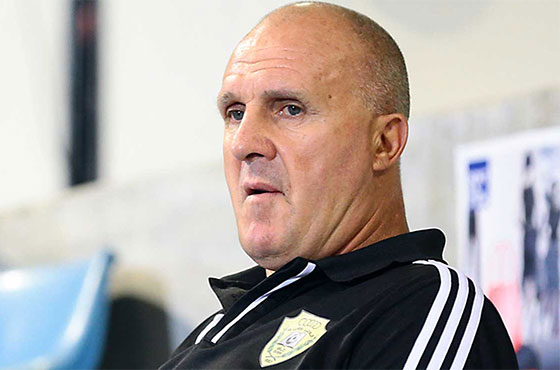 Keeping a Clean Sheet with Budgie

Meet John Burridge aka Budgie. He holds the record for the oldest Premier League player (set in 1994-95). After retirement, he worked as a goalkeeping coach for the national football teams of Oman, Al-Wasl Club in the UAE and had stints as a football television pundit in the Gulf. His near 30-year-career saw him play for Crystal Palace, Southampton and Premier League giants Manchester City. Today the 62-year-old is the goalkeeping coach for the Singaporean national team. In an exclusive interview with The Karachiite, the veteran football star and brutally honest Englishman provides a unique insight into the Premier League, the UEFA Champions League, the future of football on the Indian subcontinent, and his once former colleague renowned manager Jose Mourinho…

What are your thoughts on Jose Mourinho and Chelsea?
Chelsea will win the league by a million miles. They will buy it again. Money scores. They will buy the league. He is a fraud and an actor. In this social media age, he fits the bill. He shakes hands ten minutes before full time, calls Sam Allardyce 19 century football. You can buy top stars like Willian, (Eden) Hazard, (Diego) Costa but the real man behind Chelsea is Roman Abramovich, not Mourinho. The real test is to put Jose in West Ham or Southampton or West Brom and then you will see the real Jose Mourinho.

Why do you think Jose Mourinho is considered a genius?
Jose is the best spin merchant you have ever seen; distracting the attention from him on one thing to another thing. He is an intelligent guy. I watched how he worked. I did my coaching badges with him. He is not a tactical genius. He went to Chelsea and used Roman Abramovich, then to Inter and Madrid. I love Chelsea FC, but not the fraud of the manager they have got, he fits the world today. Half the managers know this but they won’t speak like me.

How would you compare him to Pep Guardiola and others?
Pep Guardiola is fantastic; he won everything as a player. If you haven’t played, you can’t teach football, if you haven’t gone down the tunnel. It’s about players, not tactics. Sam Allardyce was [earlier this season] able to put West Ham in the top four of the Premier League. Southampton boss Ronald Koeman has done the same. Southampton are the best producers, I played for them, they make players superstars and they keep going after selling them. Guys like (Gareth) Bale, (Alan) Shearer, (Alex Oxlade) Chamberlain. Jose couldn’t survive in such a team. He has to spend money to make his image.

What are your thoughts on this season’s Champions League?
Chelsea can win the Champions League because of strong players and strength in depth. Bayern can win. They have great players and a great coach but they leave themselves open. Real Madrid is the best team now. (Cristiano) Ronaldo and (Gareth) Bale are strong going forward and good in defense. Tiki taka is finished now. In Barcelona, the players have lost a yard. (Lionel) Messi, (Andres) Iniesta and Xavi have lost a yard.

Cristiano Ronaldo is having a great year. Isn’t he?
Ronaldo is the top man at the moment and very marketable. He looks after himself.

What’s wrong with Mario Balotelli?
Balotelli is a joke. It’s funny at (Manchester) City he had all the headlines, but none at Milan. I don’t know if he was being a good boy, he comes straight back to England, and he gets back into the media spotlight, gets a stupid haircut. He loves the attention better than the football. He is like Mourinho to a T. Balotelli is a passenger and causing trouble in Liverpool morale-wise.

What is the secret of longevity in football?
I don’t drink. I wasn’t a drinker or smoker. I worked very hard in training. I was a physical fanatic. I was a bit revolutionary in my training. What I was doing weight training 30 years ago, people are doing now. I worked with psychologists; I was in the gyms when there wasn’t any. Gyms, back in those days, were blocks of concrete without any machines. Nightclub bouncers taught me how to do weights.

Who should win the Ballon d’Or?
Franck Ribery should win Ballon d’Or. I don’t see Messi challenging it. Players like Neymar and Ronaldo are good looking and marketable. The best player was Ribery but he is not marketable, no one wants to know him. I don’t buy into cosmetics, good looks, and the show Mourinho puts up.

Did you enjoy the World Cup?
(It was an) incredible World Cup. Football has changed; it’s a counter attack game, not a keep ball game.

What is the scope of football on the Indian subcontinent?
There are lots of good players in India. India is like Brazil. There are the rich and poor, the very very rich and the very poor. The Peles come from the poor houses. We have seen this in the Kolkata derby, East Bengal and Mohun Bagan. There were 100,000 people there. I thought it was all cricket in India. Football is big there too. If I was in India with a young Gurpreet Singh four years ago, I would have put him in the Premier league. If Oman and UAE can have one, India can have one.