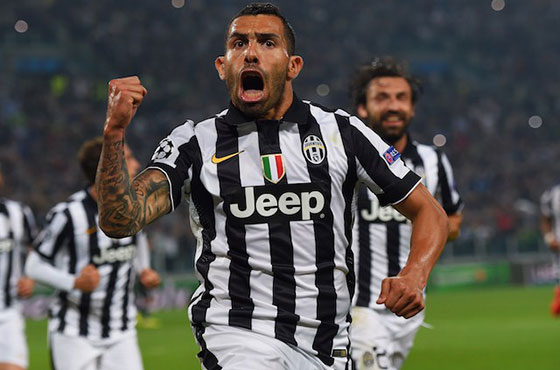 Juventus Victorious Over Champions of Europe

The UEFA Champions League has always been known to have thrilling matches especially in the later stages of the tournament. Last night’s semi-final first leg between Juventus and Real Madrid at Juventus Stadium in Turin, Italy was no different.

Juventus is the only Italian Seria A side to remain in the last four of the UEFA Champions League. Veteran midfielder Andrea Pirlo has decided to leave Juventus at the end of the season so if they make it to the final, it will be an emotional farewell for the 35-year-old. The Italian international already has won the UEFA Champions League on two previous occasions with AC Milan. He also was part of Italy’s FIFA World Cup 2006 World Cup winning squad. Pirlo started for Juventus against Real Madrid and did he go home with a win against the Spanish giants?

Juventus beat the ten-time Champions League winners 2-1 in a thrilling contest. The Italian juggernauts started proceedings in great fashion as Alvaro Morata scored a tap-in at eight minutes. Juventus looked strong and confident at home but their fun was spoiled as Ronaldo headed one in Gigi Buffon’s net off a cross from James Rodriguez. This was the Portuguese sensations’s 54th goal this season for Madrid. Both sides went into the half-time break tied on goals.

In the second half, Tevez was in top form as he took a delightful run towards goal chased by the Madrid defense. Daniel Carvahal’s foul on Tevez earned Juventus a valuable penalty. Tevez scored the second goal by completing the penalty in style. As the final whistle blew, Juventus emerged victors as they face the defending European champions at Santiago Bernabeu next week for the second leg.

One thing to consider here is that Madrid has the away-goal advantage going into the second leg. Juventus’ one goal lead may not be enough to defeat Madrid again. At home, Madrid are a much stronger side and it will be a very close contest. Tonight, Barcelona and Bayern Munich meet at Camp Nou which is set to be another promising fixture.