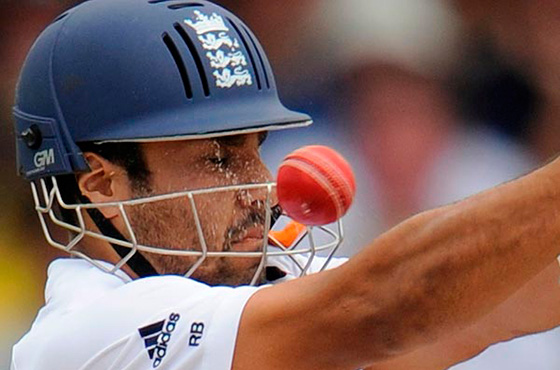 The preceding week saw one of the saddest days in cricketing history. As the English sport comes to terms with the untimely death of Australian Cricketer Phillip Hughes – who was struck on the neck by a wild bouncer during a Sheffield Shield match at the Sydney Cricket Ground on 25 November, ageing safety standards currently employed by the sport come into question.

The tragic death of Hughes, 25, sent the community into a helmet-buying frenzy. According to The Telegraph, Australian sports-good stores have reported up to 70 percent increases in helmet sales over the last week, as everyday cricketers opted for added protection amid fears of a similar Hughes-like freak incident.

But are the helmets, which people are so franticly purchasing, actually safe?

Last year, The International Cricket Council (ICC) agreed on new helmet safety guidelines, the first revision in 15 years. Changes focused primarily on the risks of the ball slipping between the faceguard and the peak, and the ball hitting the faceguard. Although most country’s regulatory boards support the new guidelines, neither they nor the ICC has moved to implement any of the new guidelines, and they still allow players to wear primitive-standard helmets.

A few years ago, former Australian cricketer Bryce McGain wore a safety-conscious helmet for a series of televised matches, what followed were a slew of hilarious jeers from the commentators…. “I think he looks like Darth Vader”, “Oh, is that Robocop?” McGain further went on to add “It didn’t bother me too much, but only a couple of other players wore it and if you don’t have the players at the top, the ones on TV, wearing them, they won’t sell”.

Brendan Denning, chief executive of Albion – the company which produced McGain’s helmet, said cricketing culture is unwilling to deviate from traditions. “The ability of manufacturers to innovate is reliant on players embracing new technology and they are very, very traditional in cricket”.

According to Gloucester Citizen, Martin Berrill – owner of Gloucester’s leading sports retail, claims that any attempt to protect the area where Hughes was struck would restrict the movement of the batsman too much, stating “It was a freak, tragic accident that you would never dream of happening when stepping out onto a cricket field. You have to feel sorry for the bowler too, because they were best mates. But helmets have come a long way in spec since I started playing in 1978. They’ve become a lot stronger and balls no longer come through the front”.

“The issue now is having the professional and amateur players invest in the new products,” said Tom Milsom, founder another major helmet manufacturer, Ayrtek Ltd. “What it all comes down to really is enforcement”.

Current advances in helmet technology are presently being hindered by a lack of implementation of updated safety standards, coupled with the hesitancy of top-tier players who prefer the game’s traditional aesthetics over the adoption of new styles. Given the dangers of facing a hard-ball hurling towards you at just shy of a hundred miles per hour, regulators must; take advantage of recent technological developments, update regulations accordingly, and firmly implement and monitor said regulations – to reduce the risk unwarranted incidents in the future.