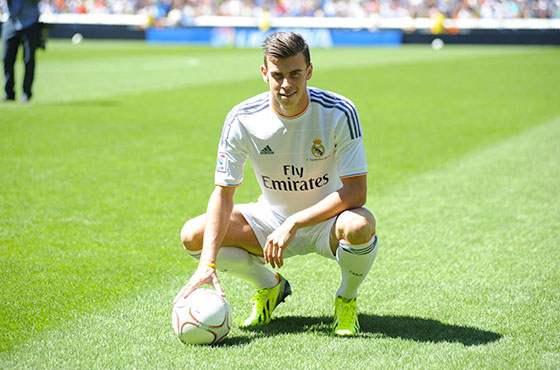 It was reported earlier that Gareth Bale was linked to a Manchester United move from Real Madrid. Well, if the latest reports are to be believed, the Welsh prodigy may just make the move. According to Metro, the 25-year-old winger has set his sights on returning to England and approved of a transfer despite prior denials from his agent.

According to Express, the Red Devils were willing to offer £120 million to Real Madrid to let their last season record-signing leave. Bale moved to the Santiago Bernabeu from White Hart Lane for a reported £85.3 million. Since becoming a Madrista, the former Tottenham Hotspur star won his first ever UEFA Champions League and even scored a crucial goal in the final. Now he even has a ‘Copa Del Rey’ medal to his credit.

United would need to prepare a convincing offer to Madrid and personal terms need to be accepted by the player. United boss Louis Van Gaal has thus far remained tightlipped regarding the transfer. Express quoted the Dutchman saying, “I cannot discuss that with you. I discuss that with my CEO and not anyone from the media.”

It would be a sensational move for United by spending such a massive amount on a player. This would be their most expensive signing to date. However, the question is if this is a good move for the Old Trafford giants or for Bale. Any club other than Real Madrid could be considered a step down for the Welshman. At the same time, United need to fill in the holes in their defense. The funds allegedly set aside for Bale could be used to reinforce their backline.