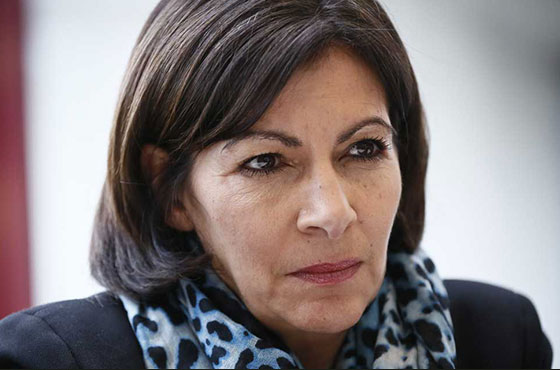 Fox News has apparently ticked off Paris Mayor Anne Hidalgo who now intends to sue the media outlet for ‘defamation’. According to CNN Money Hidalgo was quoted saying, “When we’re insulted, and when we’ve had an image, then I think we’ll have to sue, I think we’ll have to go to court, in order to have these words removed. The image of Paris has been prejudiced, and the honor of Paris has been prejudiced.”

The outrage against Fox News was provoked when the news channel made claims that there are ‘no go’ zones in Paris for non-Muslims. On one occasion, an inaccurate map of the so-called ‘no-go zones’ was displayed. One security analyst reportedly said that England’s Birmingham city is a “totally Muslim city where non-Muslims don’t go in.” The inaccurate reports even got a chuckle out of British Prime Minister David Cameron who was reportedly quoted saying, “When I heard this, frankly, I choked on my porridge and I thought it must be April Fools Day.”

When speaking with CNN Fox executive vice president Michael Clemente was quoted saying, “We empathize with the citizens of France as they go through a healing process and return to everyday life. However, we find the mayor’s comments regarding a lawsuit misplaced.”

In order to exercise damage control, Fox anchors issued apologies including host Anna Kooiman who was reportedly quoted saying, “Some of the neighborhoods (in Paris) were highlighted incorrectly.” Julie Banderas also apologized for hurting the sentiments of “the people of France and England.”

Will Hidalgo’s intended lawsuit against Fox News be successful? Will it be contested in the United States or France? We will just have to wait and see…