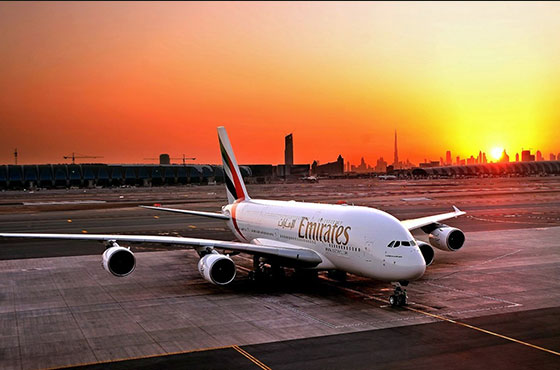 Most of us traveling via Dubai to other parts of the world may have at least flown on Emirates Airlines. According to Arabian Business Journal, a revelation from founder and former CEO Sir Maurice Flanagan indicates that his beloved airline would be valued at $40 billion if it decides to go public.

Arabian Business Journal quoted Flanagan saying, “That’s been hanging around for ten years at least, to my knowledge. I think Sheikh Mohammed doesn’t like the idea. It would be good in some ways because if it went public they would have to publish more statistics – but actually Emirates is one of the most transparent ones in the industry. But if it went public, it would be very, very clear that Emirates is not subsidised and there are no advantages from the government. It’s treated just like any other airline that is in Dubai. That would become rather more clear.”

He further added, “The last figures I saw had Emirates worth something like $40 billion if it went public. Emirates has just overtaken Delta as the second biggest airline in the world, by all the usual measures. The only bigger one is the combination of American and United. They’re too big. Airline economies of scale go in reverse after a certain point.”

Mark Beer, chairman of the Capital Club’s events committee, paid tribute to the Emirates founder at a recent event calling him “one of the few living legends in our lifetime”. He also stated that in 30 years the city of Dubai has gone through a phenomenal transformation thanks to his efforts.

“We, all of us who love Dubai, would be living in a very different place if it wasn’t for Sir Maurice and all that he has done in dnata and Emirates. He has been described as a pioneer of aviation in the UAE – a man who with a small team, built a vast and broad business which is now the envy of the worldIn May 1985, oil contributed half of Dubai’s economy, and the economy was $15 billion. In 1985, no-one knew anything about Dubai. Fast forward to today – oil is fraction of the economy, which is now $107 billion and the world knows about Dubai, because of Maurice,” he said.